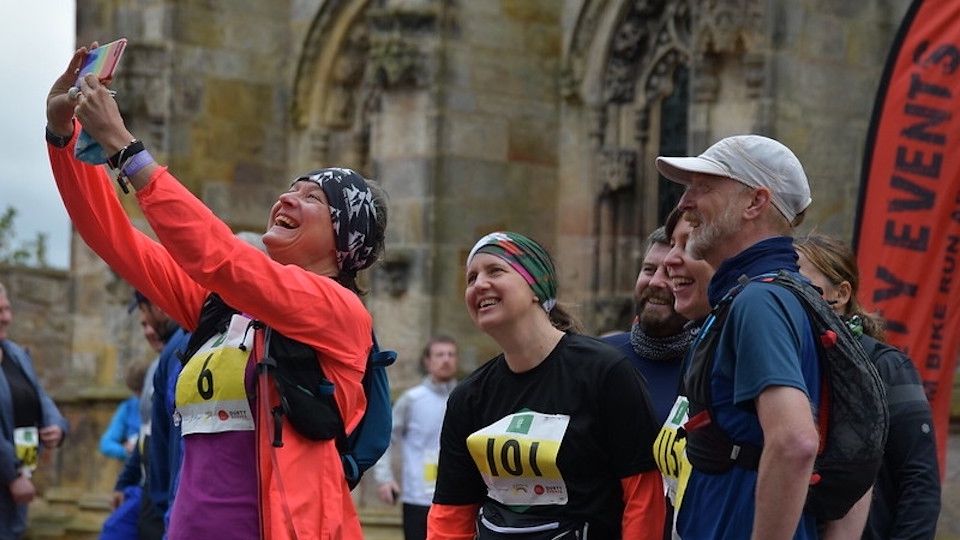 As finishers will have found out this weekend, the Hop Run is no ordinary 10K trail run. The stunning route traversing the banks of the North Esk through the beautiful Roslin Glen has a twist in its tail: a finish line at Stewart Brewing’s HQ, where runners were rewarded with beer, music, pizza and good times.

The race started at Stewart Brewing in Loanhead, where competitiors were whisked by coach to their start at the historic Rosslyn Chapel. As Durty Events say, the Hop Run isn’t an event for the faint hearted, but all abilities were welcomed with emphasis on having fun, no matter what their personal challenge. On their way round the route runners passed by tumbling waterfalls, still river pools, quiet natural forests and the atmospheric ruins of the area’s surprising industrial past, before emerging at Stewart Brewing HQ to celebrate their achievement over a beer – their first cold one being on Durty Events.

Runners praised the event, and we're certain it wasn't just the beer talking. One wrote on social media, "Great fun, really good event. Best medal ever, one of the few I will keep. Thanks to all of the volunteers. The trail was really well marked and everything went smoothly."

Durty Events will shortly be announcing a new series of events in the East Lothian and Borders areas, encompassing five different races over five weekends, in the early months of 2022.

Full results for the Hop Run are available now from runABC.