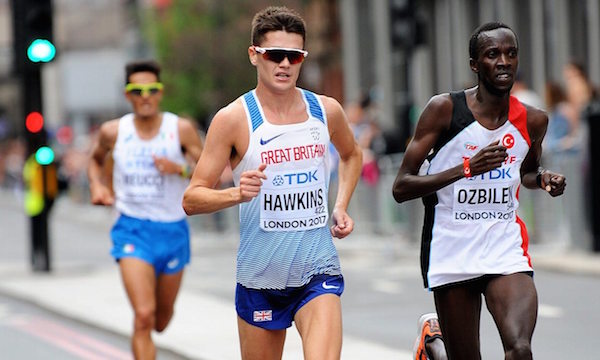 Heartbreak For Hawkins In Commonwealth Marathon

There was heartbreak and distress this morning at the 2018 Commonwealth Games Marathon when Callum Hawkins broke down with just 2k of the race still to run. The heroic Scot had produced a stunning performance and established a substantial lead ahead of the Australian Michael Shelley, the 2014 Commonwealth Games gold medallist.

But as the heat and an unrelenting pace took its toll, Hawkins started to falter. His racing line became erratic and then he fell to the ground. With amazing determination he rose to his feet and started to run again. However it was clear that he was not going to be able to continue.

Disappointment turned to real concern for the welfare of the young Scot as he lay prostrate and unattended. Eventually medical support arrived.

Meanwhile Shelley carried on to retain his title. In an unexpected twist Scotland's other competitor in the marathon, Robbie Simpson, finished third to win the bronze medal.

The only thoughts of thousands of running fans watching the live coverage from the Gold Coast would have been for the well-being of Callum Hawkins.

Soon after the finish the BBC reported that Hawkins was conscious and sitting up.