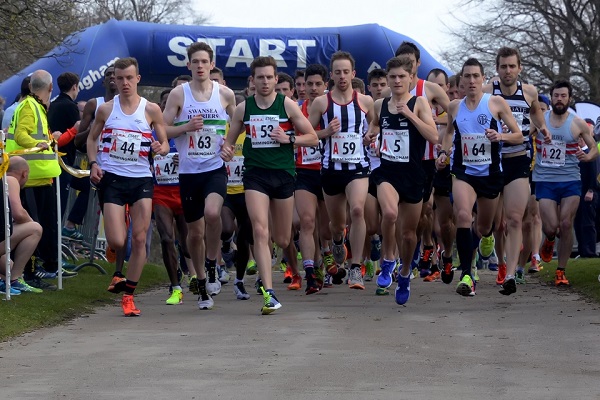 There is no better test of team spirit and consistency than the England Road Running Association (ERRA) national road relay championships and 137 teams gathered for the latest examination at Sutton Park, Birmingham on Saturday (14 April) with Tonbridge AC men and Leeds City AC women topping the results.

Tonbridge AC men celebrated their first ever victory in the men's 12-stage with a club record time of 4hr17min24sec for the 51.24 miles, comprising alternating long (5.38mls) and short (3.16mls) stages.

Tonbridge sensed the victory was possible as they led after four stages but Highgate Harriers took the helm at halfway. However, the men from Kent were not to be denied and they could not be dislodged through the crucial final six stages despite the concerted efforts of Highgate (4:18:56) and defending champions Swansea (4:19:42).

An innovation this year was the introduction of national 5k road championships for juniors and the inaugural title holders are under-17s George Beardmore (Worcester, 16:19) and Katriona Brown (Aldershot, 19:50). The U15 winners were Ryan Martin (Aldershot, 16:41) and Katie Goodge (Tonbridge, 19:05).