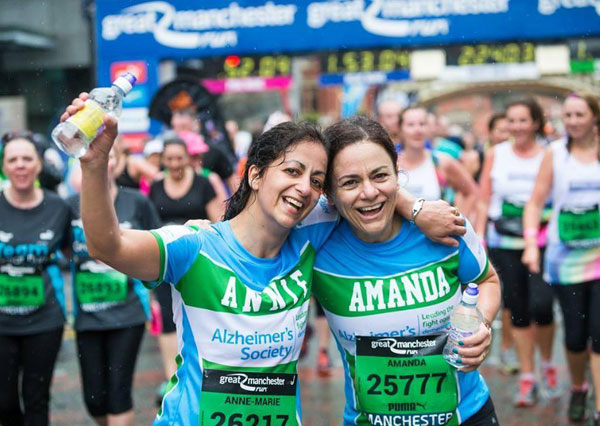 Do something at Great Manchester Run

Sunday 19 May is Manchester's big day. And for the 17th year, tens of thousands of runners will take to the streets to be cheered on by huge crowds and a massive TV audience at the 2019 Simplyhealth Great Manchester Run.

The Manchester race is the 10k nugget in Great Run's box of top national events which include the Great North and Great South Runs.

This year an innovative promotional approach involving popular local poet Tony Walsh, aka Longfella, is motivating a wide of range of people, from club racers to first-timers, to pull on their trainers.

A cast of stars and everyday folk including actors Julie Hesmondhalgh and Tony Audenshaw, DJ and musician Clint Boon and 11-year-old Pride of Britain winner Ella Chadwick showcase his inspirational poem, 'Do Something'. They have been encouraging the public to "do something…to show them what you’re made of."


Great Run boss Paul Foster summed up the approach: "Since the first event in 2003, over 300,000 people have crossed the Simplyhealth Great Manchester Run finish line on Deansgate.

“Whether they're taking on a personal challenge, raising money for charity or simply running for fun, Do Something explores a range of themes that resonate with each and every one of these runners.

“Do Something is an inspirational piece of writing, it is only fitting that we feature some of our most inspirational runners in the film, who have overcome adversity, raised thousands of pounds for charity and continue to inspire new runners every day.”

Set for this year's start line are breast cancer campaigner Claire Turner and student Jess Dyer who took on her first 10K in 2017, after recovery following severe depression. Jess will be joined by hundreds of fellow Manchester students and academic staff who will form two university waves in the 10k: the University of Manchester purple wave and the Manchester Metropolitan University orange wave.

The 2019 race is set to be a classic renewal of the Simplyhealth Great Manchester Run with its trademark buzzing atmosphere and incredible supporters plus a field of runners that will include hundreds of first-timers, parkrun graduates, charity runners, PB chasers and world famous elites. Will you be joining them on 19 May?

Places are still available for the Simplyhealth Great Manchester Run including the flagship 10k and the half marathon at the Great Run website.