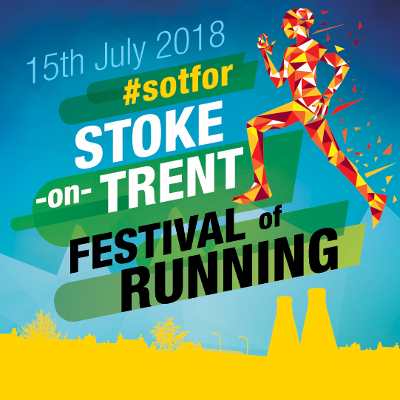 Gang Of Four Unite For SoTFoR

Four chairmen from Staffordshire running clubs are combining forces at the Relay event in the Stoke on Trent Festival of Running (SoTFoR). The question is: who will run the final ‘glory’ leg?

On Sunday 15 July the first Stoke on Trent Festival of Running takes place with six events to choose from. Aimed at people of all ages and abilities, there is a distance to suit every runner and in a friendly, supportive environment. The options are: 5K, Half Marathon, Marathon and Relay, Fun Run and as we are in the Potteries, an Oatcake Challenge.

A relay team consists of four runners and the SoTFoR event is continuing that tradition with clubs invited to field a team and do battle in one of the biggest running events in the city. Tim Hulse (Chair, Stone Master Marathoners), Frank Murphy (Chair, Stoke FIT), Dan Jordan (Chair, Trentham RC) and Darren Mattocks (Chair, Stafford Harriers) have entered into a quadruple alliance for this special occasion and hope others will follow suit. It is an opportunity for clubs to compete against each other whilst showcasing the city and the Staffordshire running scene.

Stoke on Trent is the proud host of the Potteries Marathon and the Potters ‘Arf – two iconic races known for their challenging routes and overwhelming support from the local community. The SoTFoR ethos is inclusivity as passionately expressed by our Fab Four: “this magnificent running event offers something for everyone: we are keen to show our support and encourage others to get involved.”

Places are still available for all distances. Visit the SoTFoR website for more details.