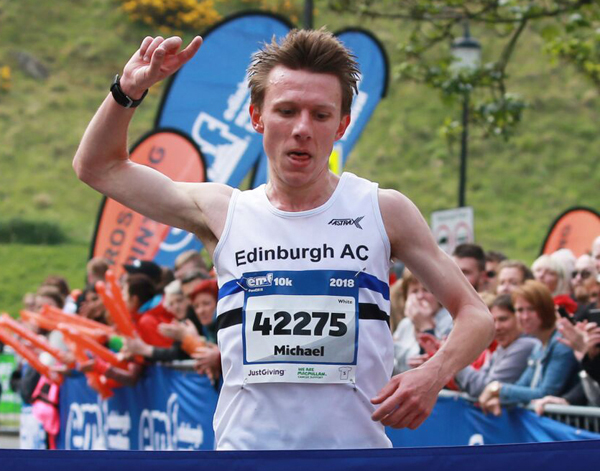 Runners Battle The Heat At Alloa Half Marathon

When the organisers of Alloa Half Marathon look back on 2018 they will remember it as the year when the vagaries of the Scottish weather dominated their plans. Despite the hugely unpredictable nature of that weather, organisers received general praise for yesterday's rescheduled race.

A field of 1,600 (1,000 fewer than in 2017 when the event took place in its regular mid-March slot ahead of spring marathons) headed off knowing that high temperatures would test their fortitude. It would be a day less for PBs more for getting home in one piece.

Bellahouston Road Runner Stevie Bell who ran in midfield with club mate Lynsey Hill reported a 'hot and humid' day and that the heat made the climb on Mile 10 tougher than usual. Stevie said: "It was one of those races when you were always on the look out for the next water station. Fortunately there were four of them so that kept us hydrated."

Blogger Mark Gallacher summed up the race nicely: "Tough shift at Alloa today but an enjoyable morning as a whole. Thoughts of a PB quickly went out the window but reasonably happy with a 1.28. Great to see so many folk from here, you really are a cracking bunch."

Post-race social media comment was generally positive. Vegan Stacey Donaldson thought the race was: "Really well organised. Thoroughly enjoyed it. Loved the enthusiastic commentary from the guy with the mic at the end. As a vegan, I appreciated you having bananas at the end."

Daz Johnstone reported: "Great volunteers, top notch event! Special shout out to the woman on the bike who gave me a bottle of water about a mile and a half out from the water station I was in absolute need of it."