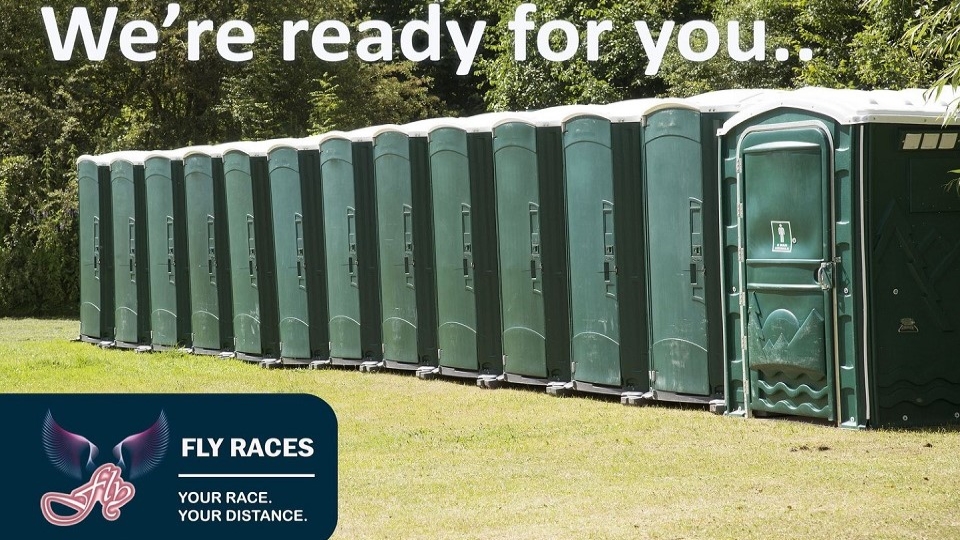 Fly Races are a soaraway success for 255 virtual runners

Fly 5K's attention to detail (and sense of humour) included the provision of virtual portaloos for their first-ever weekend double. There was even a virtual bag drop, virtual chequered flag drop, and post-race virtual bananas pictured on social media to give a truly authentic race day feel for the 282 Fly 5K runners on Saturday (13 March) and 255 participants in an assortment of virtual distances on Sunday.

With the founding father of Fly 5K, Graham Smith of St Albans Striders, celebrating his birthday with a tidy 22:22 5K on Saturday it was a hectic weekend. Extra race directors and other volunteers were drafted in to ensure the unqualified success of this expansion of the original 5K Saturday morning concept.

Sunday was arranged to provide an opportunity for Fly 5K members to test themselves near to home at a distance of their choice, before racing for real resumes next month. And what a choice there was! Everything from another flying 5K (many runners did the double) to a feisty 50K – with just about every distance in between.

There were competitors from Australia, Bermuda, France, Wales, Isle of Wight, and wherever Lonely Goats roam! Runners could select from eight race distances: 50K, marathon; 20 miles; half marathon; 10 miles; 10K; 5 miles or 5K.

Among the huge number of positive comments on social media was this post from a 10-miler: “Well I am still glowing and buzzing from yesterday's run. Very proud that we came last - how funny is that? I'm just so proud and amazed I managed to make that distance and we only walked some hills and some parts. Ran most of it and finished strong. Thank you Fly Races for making me do that”.