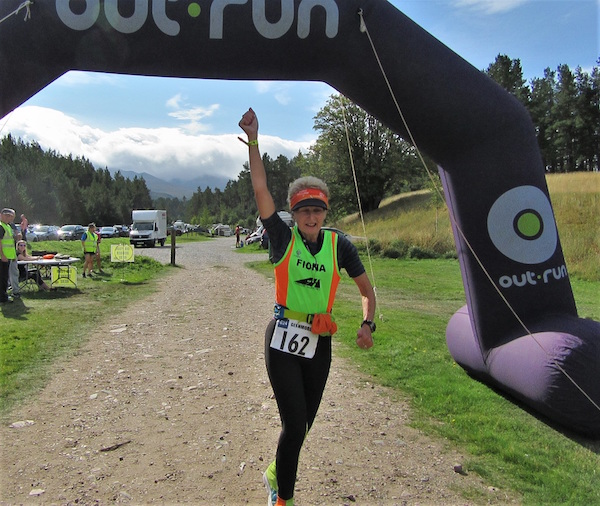 With just over two months to go, one of only four runners to have taken part in all 17 Loch Ness Marathons to date is looking forward to race day.

Fiona Rennie, from Dunfermline said: “It’s a fantastic event. It has the feel of a big city marathon but retains the friendliness of a much smaller event. Even although the numbers taking part have grown so much it hasn’t lost its character and it never seems too busy or congested."

The 56 year-old Carnegie Harrier added: “The route has plenty of spectacular scenery. Even when you get to the uphills there are some amazing views to take your mind off them.”

Rennie has taken part in close to 130 marathons or ultra-marathons since taking up running in the mid-1980s. She enjoyed success in longer events, competing in the first Commonwealth ultra-distance championships in 2009 where she joined up with twin sister Pauline Walker and Carnegie Harriers clubmate Lynne Kutz in a Scotland side which took team bronze medals in the 24-hour race. She was also first woman at the 2012 Glenmore 24-hour race.

She said: “I’ve probably run more ultras than marathons and I always enjoy the Glenmore race. I have, however, run Loch Ness marathon more often than any other marathon or long race.”

Rennie has maintained her unbroken streak of appearances in the Highland race despite suffering two major health scares along the way. In April 2005 she suffered a brain haemorrhage and in February 2013 she was diagnosed with mouth cancer, but in both years she bravely bounced back to get into shape for the marathon.

She said: “I had major surgery on the mouth cancer in March 2013 but still managed to get round the marathon in under six hours. Having the marathon to focus on was a motivating factor in my recovery.”

Her aims this year are modest but typify what Loch Ness Marathon is all about. She said: “For me the time on the watch isn’t important. It’s all about enjoying the experience. I hope to keep doing it so long as my legs keep working. I’ve no intentions of stopping.”

Guaranteed entry to the marathon is now closed, but club runners, overseas runners and those signing up with one of the event’s official charities will be able to book their place until 24 September.