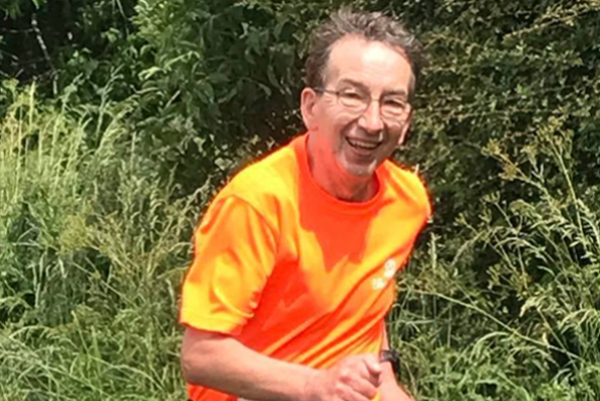 Redditch author Doug Richards is planning an unusual 70th birthday celebration this year. He will mark the occasion on the southernmost continent in the last leg of his global running venture.

The Kingfisher Harrier has an adventurous spirit coupled with a desire to help others namely the Midlands Air Ambulance who he has raised over £4,600 for during the last three years. Doug believes in giving something back to the community and is an England Athletics Mental Health Ambassador and a Run Leader for several groups. A regular and popular figure at Arrow Valley he completed 250 parkruns on 27 January, adding another milestone to his growing list of achievements.

He set himself the challenge several years ago of running at least a half marathon on seven continents and has completed races in Europe, North and South America, Asia, Africa and Australia. His Antarctica trip is the final stage: where in March he will be racing on King George Island in temperatures of 33°F and average 13 hours daylight.

Doug has raced in extreme climates but admits this will be his toughest challenge yet, saying: “Apart from the run itself on King George Island with its very unpredictable and extreme weather, we face a long sea voyage across the stormiest ocean in the world to get there.” He will be travelling onboard a Russian polar ship that will act as ‘home’ during his 10-day adventure.

Anyone who wishes to support Doug can do so via his JustGiving Antarctica Half Marathon page.