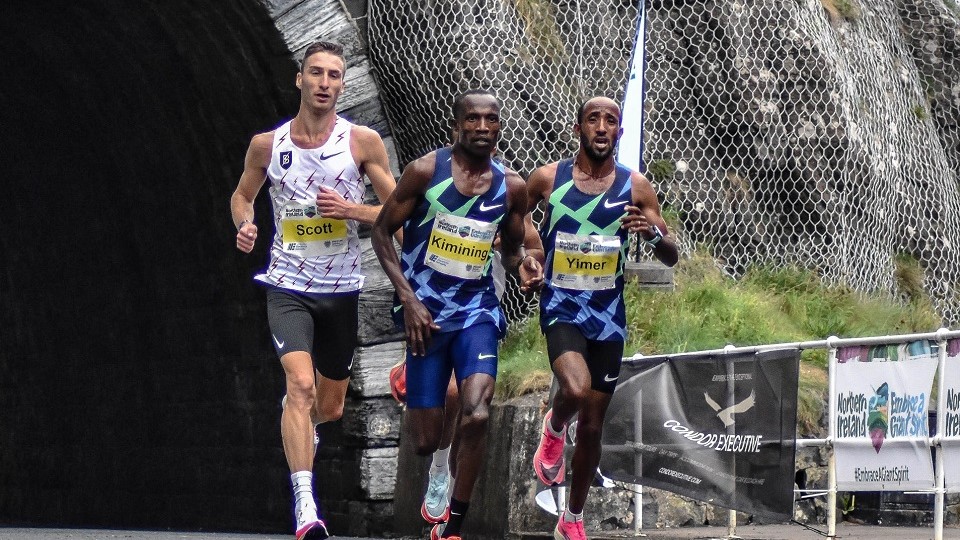 One of the oldest world records on the books has been broken, along with one of the most recent – on the same day!

Despite the ultra-running fraternity considering Kouros' record to be practically unbeatable – and that was the case for almost 24 years – Sorokin completed just over 179 laps of the 1.72552km loop course to add almost six kilometres to the previous best performance.

Meanwhile, the women's half marathon world record also fell on Sunday (29 August). Despite windy conditions in the Antrim Coast Half Marathon the 22-year-old Ethiopian Yalemzerf Yehualaw burst through the 64-minute barrier to clock 1:03:43 – 19 seconds faster than Kenya's Ruth Chepngetich (1:04:02) ran in Istanbul in April this year.

Yehualaw had finished second in the previous world record race (1:04:40) as an understudy to the more experienced Chepngetich. The victory and world record, passing 5K in 15:05 and 10K in 30:22, was even sweeter as she was fourth in the Ethiopian Olympic 10,000m trials and failed to make the Tokyo Olympics.

Speaking to the BBC live stream, Yehualaw said: “This was a dream come true for me. I have tried twice before to break the world record but it didn’t happen, but I’m so happy it happened today in Larne.”

The Antrim Coast Half Marathon produced a host of fast times and the best British results were third for Rose Harvey (Clapham Chasers, 1:10:29 PB) and fourth by Marc Scott (Richmond & Zetland, 1:00:35 PB) – only five seconds behind the winner Jemal Yimer (Ethiopia, 1:00:30) in a thrilling men's race.