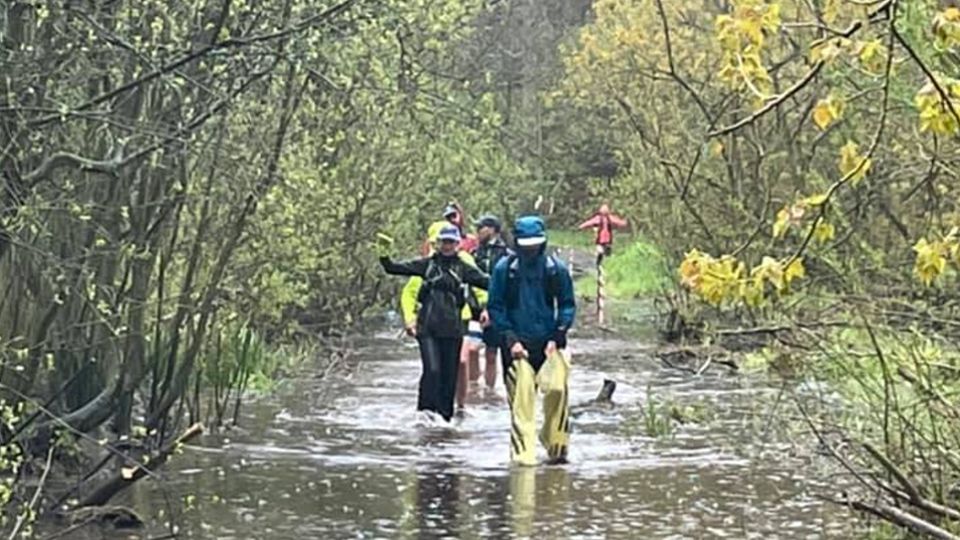 Runners keep their heads above water at the Dukeries 30/40

Thomas Shaw broke the 40 Mile record on his ultra debut.

It was nice weather for ducks at Saturday’s (8 May) Dukeries 30/40 in Nottinghamshire as runners toughed it out in biblical weather conditions. Skin is waterproof as the saying goes and this was put to the test last weekend...

The Dukeries 30/40 was a well organised and Covid-safe event from Ronnie Staton and HOBO Pace that was designed for new and experienced runners and held on scenic footpaths and trails. The 30 Mile and 40 Mile route consisted of circular loops starting from Walesby Hall and continuing through Sherwood Forest, Creswell Crags, across Clumber Park, looping back towards the Thoresby Estate then returning to Sherwood Forest and the finish. Runners in the 40 miler passed The Major Oak where according to legend, Robin Hood and his Merry Men sheltered.

These courses were well marked and manned by enthusiastic marshals who went out of their way to keep everyone going. Non-stop rain, mud and flooded areas where the water was over many people’s knees made this hard going from the word go. For those running their first ultra, it may have felt like they had been thrown in at the deep end but everyone was resolute and this plus support and encouragement from the volunteers saw them through.

The weather didn’t stop Thomas Shaw of Worksop Harriers from winning the 40 Mile in 4:44:40 – a new course record - and in his first ultra. Marie Sly of Vegan Runners was the winning female in 6:52:49.

Results from both races have been posted on the runABC race listing page.

Rain tried to stop play but runners and volunteers kept calm and carried on in the best British tradition. The final words from Ronnie Staton: “It’s great to be back”.