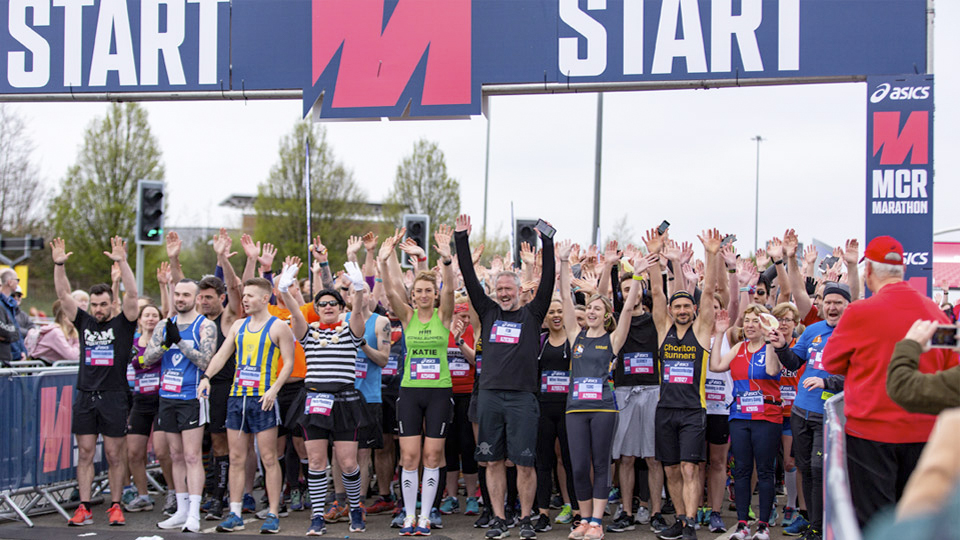 We take a look ahead to the weekend's big event - Manchester Marathon...

Commonwealth favourite, Steve Way, will be taking to the streets of Manchester this Sunday to compete against other elite athletes all vying for the title of first male finisher at the Therme Manchester Marathon. Way has set a new British veteran’s record with a PB of 2:15:16 and will be looking to hold his veteran status.

He faces tough competition though from Andrew Davies, aged 42, who currently has the best PB in the field with 2:14:00 and close on their heels will be local Altrincham man, Andy Norman, brother of former Manchester Marathon winner and running legend Dave Norman.

A female champion will be returning this year, as Danielle Nimmock returns after winning Manchester Marathon in 2018. With a marathon PB of 02:38:00, Danielle will face stiff competition from Welsh Commonwealth athlete Elinor Kirk, who’s current PB stands at 02:34:00 after she finished 15th overall at the 2018 Commonwealth Games.

Nick Rusling, CEO of event organisers Human Race commented: “The line-up of elite athletes for this year is once again very strong. Therme Manchester Marathon offers a superb fast and flat course with immense PB potential, and we can’t wait to watch this year’s event unfold.”

Up to 40,000 runners are expected in the mass race for both Therme Manchester Marathon and sister event, the Manchester Half which will take place on the same day for the first time in its history.

In the run up to race day, organisers Human Race created an initiative, known as the 'Jog Division' which followed in detail the journeys of ten marathon runners.

These Jog Division participants have been sharing their progress on social media accounts, and through the Therme Manchester Marathon website, with their own personal roads to the finish line and unique stories.

When asked what motivates them, one Jog Division member, Alex, said: "Raising money for charity is my motivation. Knowing that when I head out on the long training runs, in poor weather, it’s all towards fundraising and helping others really gives a sense of purpose which overrides however hard the run may be."

Places in next year’s Therme Manchester Marathon, which is set to return on Sunday 3 April, are available to secure now.