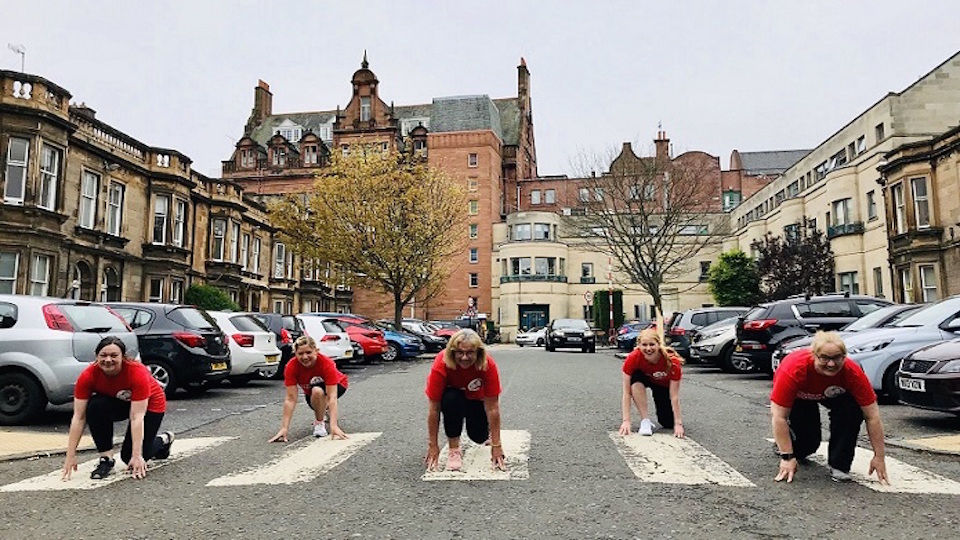 But with the hospital fundraising challenge extended, it's not over for Team Glasgow...

Both teams pushed hard to be the first to cover the full distance of the Scottish coastline and border by running, walking or wheelchair, raising funds for their respective charities along the way.

But in the end, it took the members of Team Edinburgh just three days from the start of the challenge last Monday (6 July) to cover the full 10,007km.

In addition to victory over their west coast (friendly) rivals, the charity’s supporters have brought home an amazing £68,000 for their hospital.

But it’s not over yet. With many of the participants in both teams just getting started, the challenge has been extended.

It’s now time for Team Edinburgh and Team Glasgow to try to be the first to ‘Lap the World’ by travelling virtually around the full 40,075km of the Equator.

Both teams have until 31 July to log a total of 50,082km for the win – and both are looking for more supporters to help them achieve it.

"We're all aware of the friendly competition between East and West, but our charities share a common goal – to transform the experiences of children and families in hospital – which is exactly what this fundraising challenge aims to do.”

As of last Saturday (11 July) Team Edinburgh were in the lead, with 20,000km logged. But their competitors won’t be giving up any time soon.

Writing on their Facebook page, Team Glasgow said, “So let Edinburgh have their 'Lap the Map of Scotland' win. That was just the warm-up! We know that Team Glasgow can become the champions of the world!

“Please keep racing to make every kilometre, and more importantly every pound, count for our young patients and hospital heroes.”