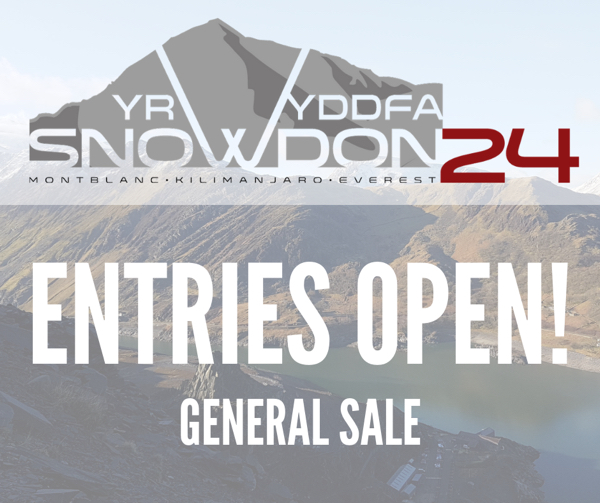 Entries are now open for Always Aim High’s newest, and one of its most challenging events, The Snowdon24. Judging by the reaction of the first few days on release, it looks likely the event, staged over the 11 & 12 July, will reach a sell out in the coming weeks.

Its premise is simple, yet incredibly tough: ascend and descend Snowdon as many times as possible in 24 hours. Snowdon, or Yr Wyddfa, is the highest mountain in England and Wales and peaks at an impressive 1,085 m (3,560 feet).

Based in Llanberis village the route will take you up and down the Llanberis Path; a 15km out and back route taking you past the legendary Half Way House, Allt Moses, Clogwyn Bridge and ultimately on to the summit before heading back down.

Starting and finishing at the foot of this iconic mountain, you will be challenged either as an individual, or part of a team to ascend and descend Snowdon as many times as possible in 24 hours.

The Snowdon24 has been described as the 'ultimate endurance event' and comes from established race organisers Always Aim High, who are also behind Anglesey Half Marathon, Snowdonia Trail Marathon and the recently launched Sandman Torch Light Trail.