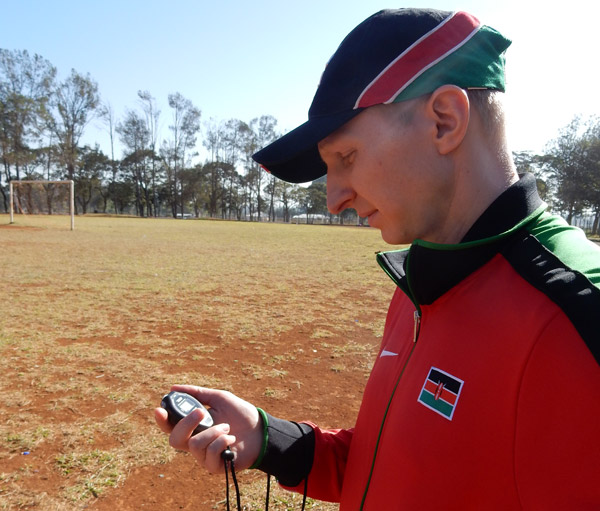 It's less than two months now until the 2019 IAAF World Athletics Championships begins in Doha, Qatar. And the GB athletes selected, including Scotland's Callum Hawkins, will be entering the final stages of their preparations for the top international biennial event.

One Scot who is involved in Doha preparations is Glasgow-based coach and physiologist Colin Thomas. Colin, a member of Bellahouston Harriers, has for a number of years been visiting Iten in Kenya and working with developing young local athletes.

2,400 metres above sea level, Iten is a magnet for runners from around the world and during his visits Colin has build-up a rapport with a number of New Zealand athletes including Zane Robertson, who Scottish fans will remember for his breakthrough bronze medal in the 5,000 metres in 2014 at the Glasgow Commonwealth Games.

This relationship led to Colin being invited to Cyprus to join the New Zealand squad for their warm weather training camp ahead of the World Championships.

Colin told runABC Scotland: "Basically i was there in a physiologist capacity, helping with pre-cooling strategies, hydration strategies and strength and conditioning work in the gym.

"The aim was to start acclimitising the athletes to the heat that they will experience in Doha. Even though the marathon and race walk will be held at night, it is still expected to be 30+ degrees.

"A typical training day included a morning session around 9am to replicate 30-32 degree heat as per race time in Doha. This was followed by an afternoon gym session indoors including strength work, prehab/rehab and core work before consultations with physiotherapist, nutritionist and coaches as required. There were also early evening sessions for some athletes.

Colin continued: "We used the running track at the Olympic Stadium in Nicosia plus trails in forests and coastal paths for running. Personally it was a rewarding, if challenging, experience and I hope that I was able to contribute to helping the New Zealand athletes be in the best shape possible for their Doha tests.

The 2019 IAAF World Athletics Championships are scheduled to be held between 27 September and 6 October 2019 in Doha, Qatar.