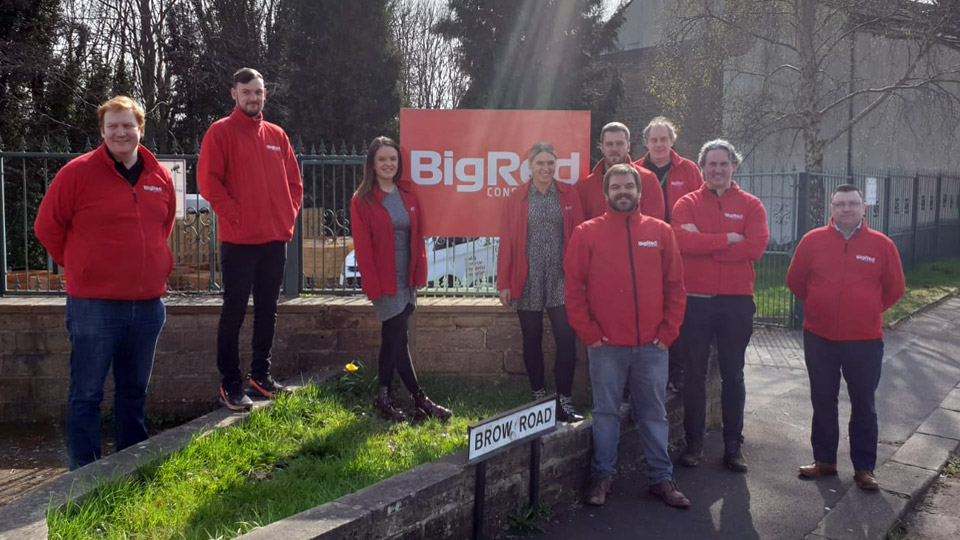 The Challenge, to reach the peaks of Pen-y-ghent, Whernside and Ingleborough within 12 hours, is turning into a real 'Roses' affair with runners (and walkers) on both sides of the Pennines signing up for the test that asks participants to cover 24 miles with 1585m of ascent.

Huddersfield-based Big Red Construction has grabbed 12 places on the start line and their team is already in training for the event scheduled for Friday, 28 May 2021. Big Red's Dennis Yarwood had these three Dales peaks on his bucket list and when The Running Bee Foundation announced their latest events he was first on the list of entries.

Dennis told runABC North: "I'm a Tour of Tameside regular and taking part in those four tough races across four days has shown me the type quality of events that the Running Bee guys are involved in. When I spotted the new Yorkshire Three Peaks Challenge, I thought that's one for me."

Dennis soon persuaded a number of his colleagues, including boss Mike Lomas, at Big Red to sign-up. He added: "A few of us hail from the North-West and there can be quite a bit of banter with the Yorkshire guys. However for the Three Peaks we've put 'Roses' rivalry aside and are planning a real joint effort.

"Mike Lomas is no stranger to big fundraising events, he led the Huddersfield Marathon Band to a world record for the fastest marching band to complete a marathon at London in 2011 and 2014. Both Mike and Dennis realise that similar team work is required if the Big Red squad is going pass the Three Peaks test at the end of May."

The Running Bee Foundation's Kevin Harmer is delighted by the public's response to the Yorkshire Three Peaks Challenge: "The thought of heading for the hills is obviously an appealing one after a year of lockdowns. In addition the opportunity to take on Pen-y-ghent, Whernside and Ingleborough is an adventure that's caught the public's imagination.

Kevin continued: "The Yorkshire Three Peaks Challenge is the perfect goal for individuals or groups of friends and work colleagues to test themselves, all while raising vital funds for The Foundation. Places are selling fast so sign-up soon to ensure you have a place at the big event."

Event day is Friday 28 May, participants will meet in Horton in Ribblesdale and set off at 8am, led by fully-qualified and highly-experienced guides. The trail will lead hikers through part of the beautiful Pennine range, encircling the head of the River Ribble Valley and offer beautiful views of the Yorkshire Dales National Park.

Entry is £30 per person with a minimum fundraising target of £100 per person. All participants will receive a brand-new Running Bee Foundation charity T-shirt, Enervit products and Yorkshire Three Peaks completion certificate. Hikers will have to make their own way to the start, but will be guided and led throughout the challenge.

Find out more about the Yorkshire Three Peaks Challenge at the Running Bee Foundation website.