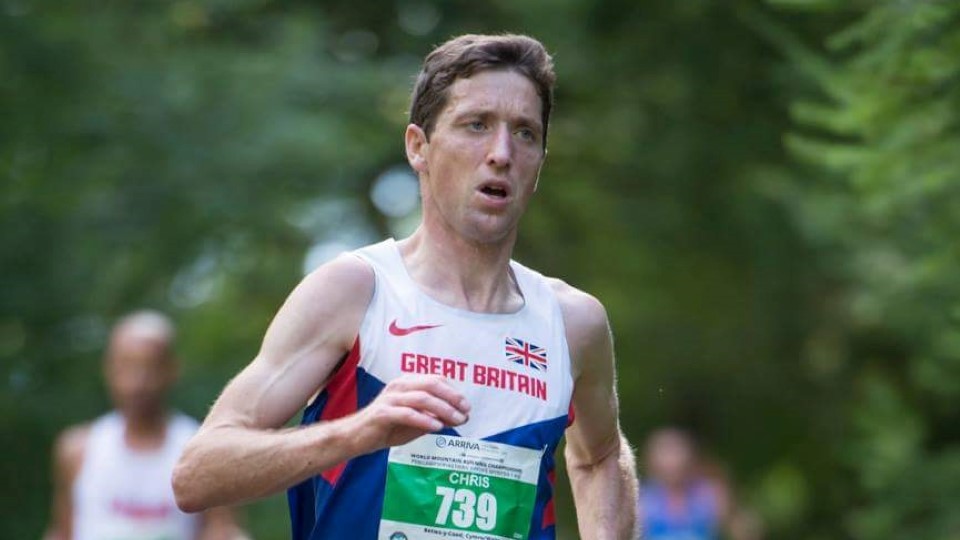 Chris Smith memorial to be unveiled at 5K run next weekend

A memorial honouring the life and memory of Team GB hill runner Chris Smith is set to be unveiled at a 5k race next weekend.

As reported in runABC Scotland last month, friends of Smith, who was born and raised in Daviot, Aberdeenshire, launched a drive to raise funds to create a memorial in his hometown at the end of last year.

Thanks to their efforts, over £7000 was raised to renovate the old pump house in the grounds of Daviot House, transforming it into a place of reflection and remembrance – with a new seating area and a plaque celebrating the athlete's legacy.

Smith, an experienced mountain runner, died in the hills around Glen Lyon last October while out on a training run.

The memorial to his life will be formally unveiled around 3pm on Saturday, 28 August, after junior races and a ‘scenic and undulating’ two-lap mixed-terrain 5km run organised by the Daviot Community Trust.

Also assisting with the organisation of the Chris Smith Memorial Run will be Inverurie’s Garioch Roadrunners, whose club was co-founded by Chris Smith’s father Mike.

Club chair Gordon Orr told runABC Scotland, “As a club we are very proud to be able to help honour Chris’ memory while also giving others the opportunity to run in a very special place.”

Proceeds from the run through the grounds of the Daviot Estate will be donated to the Chris Smith Memorial Fund – a charity set up by Smith’s family to help promising young athletes through both outreach work and established athletics programmes.

With just over 100 places available for next weekend's run, entries have already been received from across the UK. In addition to strong representation from Aberdeen City and Shire, runners from Thames Valley Harriers, Wycombe Phoenix Harriers, Westerlands XC Club and Cambridge and Coleridge AC are also set to join in the celebration of their friend's life.

Very limited places for the Chris Smith Memorial Run are still available, with entries closing at midnight on Thursday, 26 August. No entries will be taken on the day.