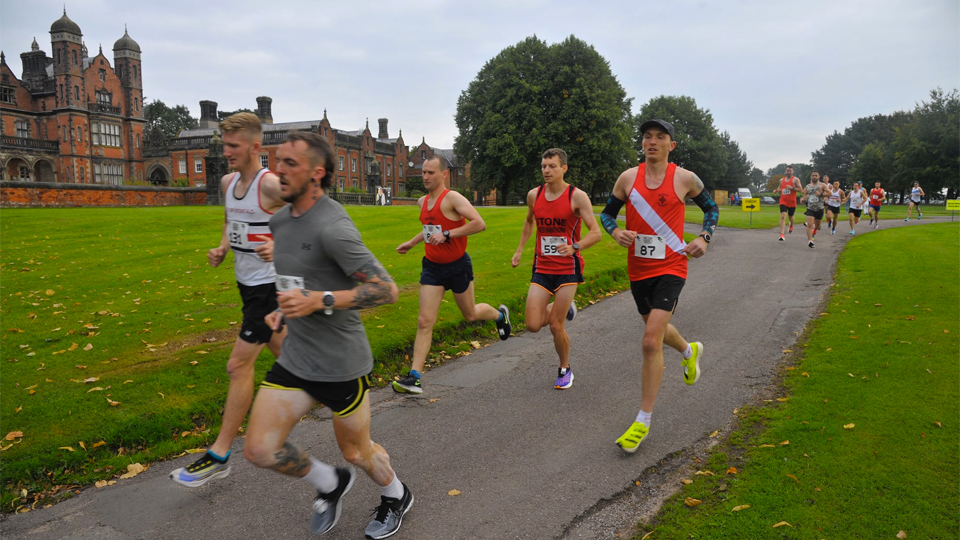 Fast Times At Cheshire Half

Cheshire Half Marathon saw some fast times at the weekend...

Capesthorne Hall, an iconic building in the heart of Cheshire was the start of what would be an epic half marathon, fielding some of the North West's finest runners. Famous for its beautiful wedding photos, dresses and bouquets were swapped out for trainers and medals as finishers celebrated their achievements.

Organised by RunThrough, the Cheshire Half Marathon toured the countryside around a road-closed loop of the surrounding area.

Running a half marathon is no mean feat, despite winner Alasdair Russel of Kendal making a 68:53 clocking look easy. In fact the entire field managed to make it look easy with the top 5% all finishing in under 80 minutes including a further seven people all breaking the 75 minute barrier.

The first female home was Hannah Price of Bury finishing in a staggering time of 80:08.

Meanwhile, several runners were participating over the half marathon distance for their first time, pushing themselves to reach new goals, being encouraged on by supporters. With some running for charities, such as Dementia UK and Brain Research UK raising money every step of the way.

Marshalled throughout by an enthusiastic team of volunteers the event flowed smoothly from start to finish, with RunThrough’s Ben Sheppard on the mic and leading the warm up, keeping everyone on top form.

A half marathon isn’t for everyone, so the good news is that RunThrough will be hosting Cheshire 10K on 16 October at Arley Hall and Run Tatton 10K & Half Marathon on 6/7 November. So there’s something for everyone!

You can link to full results for the 2021 Cheshire Half at runABC North's race listing page.