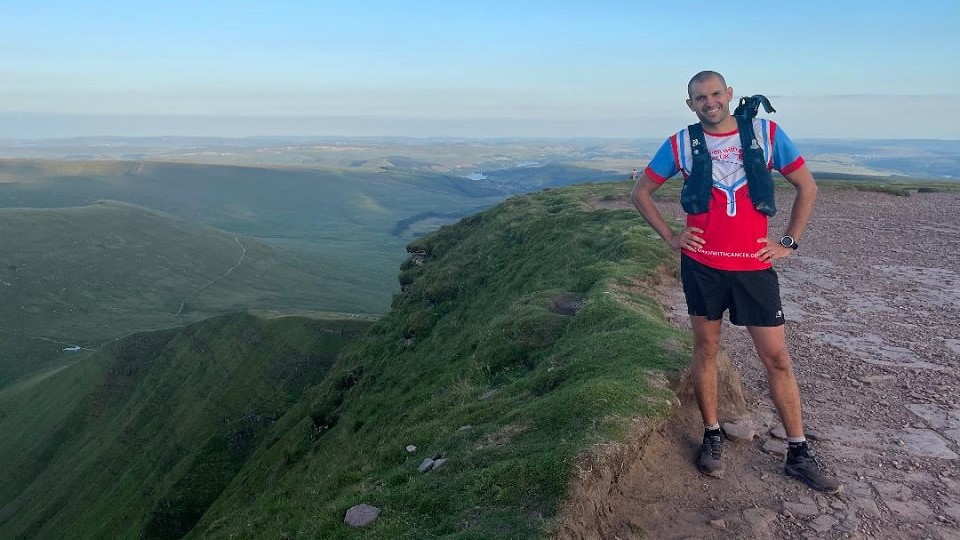 James Page experiences some ups and downs in his latest challenge

We first met Sidcup pipe-fitter James Page when he ran an 873-lap marathon on a 48-metre circuit of his back garden for Children with Cancer UK using a length of toilet roll as a finish line! His story went viral at a time when we all needed some good news during the first lockdown.

We caught up with this serial charity fundraiser in May last year after he had undertaken more personal challenges, culminating in a 4x4x48 hours run on a 0.24-mile course around his home, completing four miles every four hours for 48 hours for a total of 52.77 miles.

And so we come to the hottest weekend of the year so far. While most headed for the beach or a trial 5K run ready for the imminent restart of parkruns, the intrepid James Page set off for Pen y Fan mountain in Wales (2,907 feet) for a new challenge, with his father as support crew.

On Friday 16 July at 06:00am he started his '10-y-Fan' run - ten continuous climbs and descents of Brecon Beacons' highest mountain and the tallest peak in South Wales. Just 14 hours 58 minutes 47 seconds later he was done, having climbed 14,715 feet, equivalent to scaling Everest from base to summit, and covered 40.48 miles. Even more impressive was James' moving time of 13 hours 32 minutes, indicating just 86 minutes spent on rest and refuelling.

With such an extreme challenge there were bound to be some ups and downs, as James told runABC Scotland: "That was a tough, brutal and hot one but I'm so glad I got it finished. The aim was to try and get ten reps done in 24 hours, so I’m over the moon I did it nine hours quicker".

It was a game of two halves, as James explained: "My legs felt good throughout. I felt amazing for the first six laps and kept really good time but from lap seven I couldn’t keep any food down and was struggling to drink, so I was running on empty".

James paid tribute to his father, Mike, who he described as: "An absolute star who kept me going throughout, whilst sitting in that 33C heat for 15 hours. I couldn’t do these challenges without him".

James has so far raised in excess of £5,000 for Children with Cancer UK and would welcome any further donations to his Virgin Money Giving page here