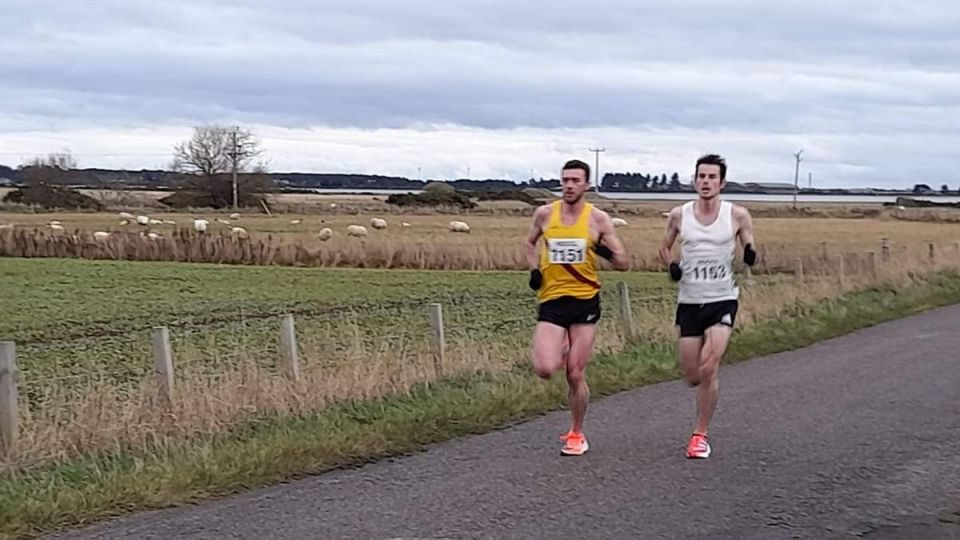 ‘Back to Basics’ with fine performances at Forres 10K

There was nothing ‘basic’ about the superb performances at the ‘Back to Basics 10km’ in Forres on Sunday. The invitation-only event, organised by Paul Rogan of Moray Road Runners, followed the course of the Forres Harriers’ springtime BenRomach 10K.

As the event was COVID-compliant, the 40-odd runners who finished the race were set off in two waves. In what might be considered a bit of an upset, Scotland international and PE teacher Sean Chalmers of Inverness Harriers beat Commonwealth Games bronze medallist Robbie Simpson (Deeside) to the top of the (metaphorical) podium by 12 seconds.

Chalmers, who came second in last week’s Short Course XC event at Scone Palace, broke the course record (30.25, set in 1996), with his own personal best performance of 29.55.

The men’s 1-2-3 was completed by another Scotland international, Moray Road Runner Kenny Wilson (31.21).

The only female in the first and fastest wave of runners, Inverness Harrier Jenny Bannerman, came tantalisingly close to breaking the 30-year-old women’s record (35.08), but missed the mark by just seconds. Bannerman was joined in the top three by her clubmate Catriona Fraser (37.16) and Moray Road Runner Kirstie Rogan (37.36).

Following the success of the ‘Back to Basics 10km’, many runners expressed their hopes that the event will give other organisers confidence that races – even just small and local ones – can be held safely over the coming months.