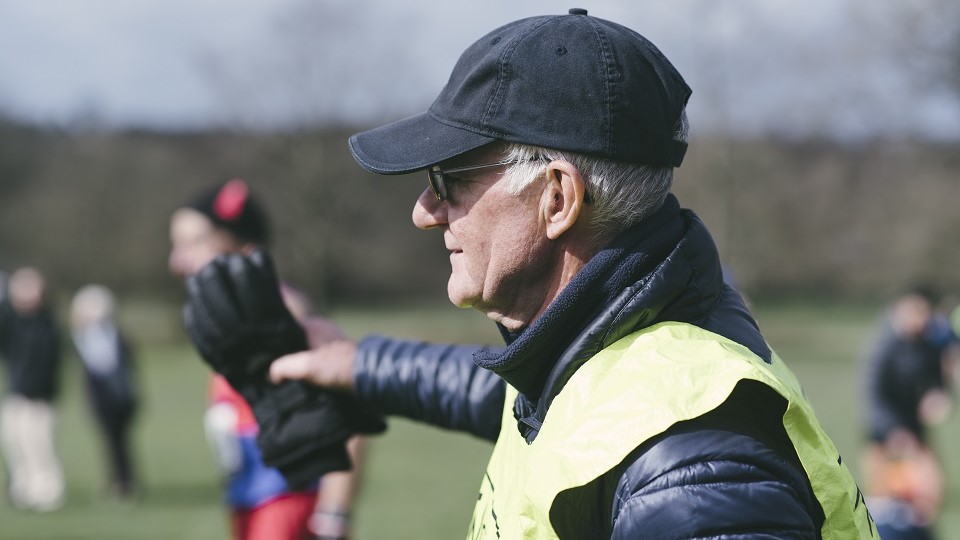 "Go on, grandad", is not frequently heard at an elite athletics event!

You must know the feeling? You've trained hard for a race that's been on your radar for months, then a niggling hamstring says maybe not, followed by a cold (Covid test negative) that says no chance, mate. Hopes dashed, you revert to Plan B and either support your friends, or the event – or do both simultaneously by volunteering – as was the experience of runABC South reporter Alan Newman (pictured) at Saturday's (12 March) British Masters Cross Country Championships

Tonbridge AC hosted the annual event that rotates around the regions and the venue was the magnificent Schools at Somerhill, with its 75 hectares of parkland, accurately described on the internet thus: "The site lies on the undulating ground which rises south-eastwards from the floor of a stream valley running across the north-west corner to the crest of a high ridge".

The terrain lends itself perfectly to mapping out a testing course and the school staff and club officials had worked hard to produce an absolute beauty, with hardly any flat ground on which to take a breather. Overnight rain added a further endurance element through the strength-sapping soft surface, slippery enough in places to require the poise of a ballerina!

Soon it was time to report for duty, collect our Marshall bibs and grab a coffee from the busy Mocha Fella van at the tented village that marked Race HQ, with its canvas changing rooms, registration, and medal presentation post. Fortunately, it was a fine day as there is rarely any cover at cross country venues.

There were two races and Alan was posted with his wife Sue James to a road crossing on the lower slopes of this superb park, where the obvious hazard was the (fortunately dry) ditch just before the road. There were two races: 6K for the men over 65 and all women over 35; 8K for men aged 35-64.

We only had one faller at our version of Beechers Brook and no serious incidents to report. In fact, there was a lovely atmosphere as spectators cheered their family favourites. "Go on, grandad", is not frequently heard at an elite athletics event! Many competitors even had the breath left to say: "Thank you, marshall", as they toiled away on the relentless hills.

As for the racing, that was of the very highest order. There were exactly 400 entries – the best in recent memory – with terrific front-running victories for M35 Ed Chuck (Dulwich Runners, 28:44) in the 8K and W35 Andrea Clement (Blackheath & Bromley Harriers, 24:49) in the 6K.

Without a doubt, the best quality race was the W70 women as two former Olympians and a multiple Masters world record holder claimed the medals. Yuko Gordon (Fairlands Valley Spartans, 32:26) represented Hong Kong in the 1983 Helsinki World Championships and 1984 Los Angeles Olympic Marathon; Penny Forse (Stubbington Green, 33:03) ran 1500m at the 1976 Montreal Olympics and was seventh in the 1980 World Cross Country and Angela Copson (Rugby & Northampton, 34:09) has hitherto won everything at home and abroad in this age category – as highlighted in this runABC report

At the presentation of awards, Masters Athletics UK officials announced that a donation of £500 from the entry fees would be made to support refugees fleeing from the conflict in Ukraine.

Full results of this 'Masterful' event are available at OpenTrack here 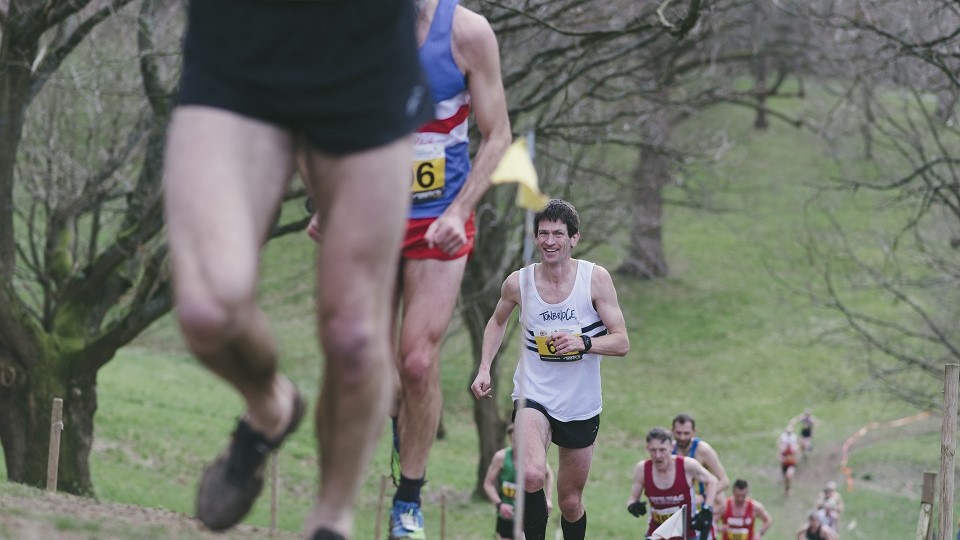