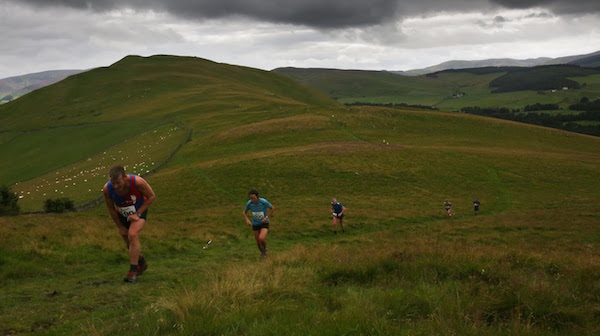 The weekend itself will kick off with a brand new event, the Meigle Mile challenge in Galashiels tomorrow (Friday 9 August), organised by Gala Harriers. The ‘Mile’ will be run uphill, but junior hill runners will get a bit of break by only having to do half the distance.

Saturday’s event will be the 6km (274m) Cademuir Rollercoaster in Peebles (10 August), ‘a short but testing pair of hill races on open grassy slopes’, organised by Moorfoot Runners. Juniors can take on the 3km version with less than half the elevation.

The weekend will close with the Selkirk Fund Runners’ Philiphaugh Hill Race in Selkirk (Sunday, 11 August), which offers a choice of 6.4km (180m) and 11km (400m) routes.

The runners with the fastest cumulative times across all three races will be crowned King or Queen of the Borders Hills.

Alex Nisbet from the Glentress Hotel, which is sponsoring the prizes for the new King and Queen, told Scottish Hill Runners: "I know from my own former running experience, which includes the Rollercoaster, what a wonderful environment we have here in the Scottish Borders for hill running. Fantastic routes, beautiful scenery and a friendly welcome await those who give it a try.”

Further information on each of the three races is available through each of the organising clubs Gala Harriers, Moorfoot Runners and Selkirk Fund Runners.

Entries for all three races can be made on the day.