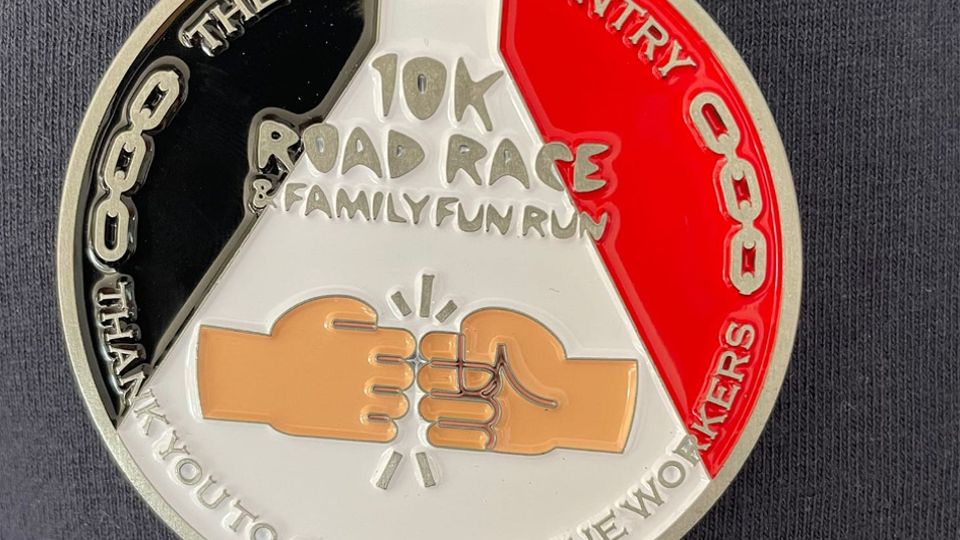 There was a celebrity feel at Sunday’s (12 September) Black Country Road Run with Line of Duty actor Greg Piper helping to start proceedings. He and the Mayor of Dudley Cllr Anne Millward got the 10K underway on its tour of the town.

The Black Country Road Run had several reasons to celebrate as this West Midlands event returned following a year’s absence due to Covid-19. This was the 10th outing for the 10K, Family Fun Run and Corporate Challenge organised by Halesowen & Rowley Regis Rotary Club which raises funds for charity. During this time it has raised over half a million for worthy causes.

At 9.45am, the 10K runners streamed away from the start in the town centre – that also acted as the finish - to complete two laps around Halesowen. Amongst the field was the Mayor of West Midlands Andy Street who was running on behalf of Acorns Children’s Hospice and MP for Halesowen & Rowley Regis James Morris. Also taking part was well known marathoner and fundraiser ‘Blind Dave’ Heeley, still dealing with the effects of Long Covid but determined to beat it and get back to normal. He took part in this and the Family Fun that began at 11.30am.

Henry Brocklehurst of Birmingham Running, Athletics & Triathlon Club (BRAT) won the 10K in 32:42, nearly three minutes ahead of teammate Matthew Pollard was second in 35:35. Daniel Robinson of Bournville Harriers was third in 36:28.

Simone Jones was the first female in 39:26 followed by Monica Baptiste of Bournville Harriers in 44:36. Tracy Worton was third in 46:51.

The 10K results can be viewed via the RunABC Midlands Race Listings page.

All finishers were presented with a specially designed medal in recognition of the heroic efforts of front-line staff and key workers during the pandemic.