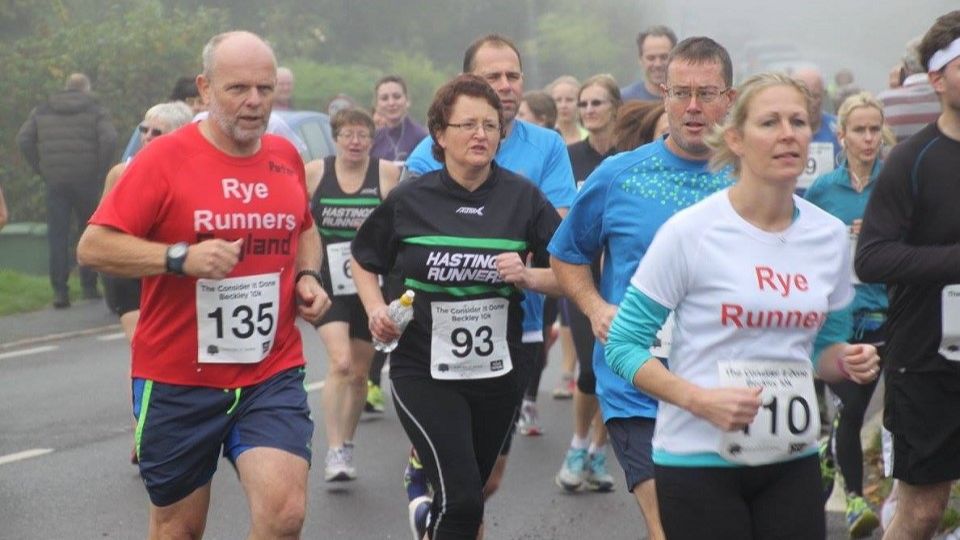 “Hills, hills and more hills, added together with wind and rain, although the rain had eased off by the time most of us had finished”, was how Mark Champion, Road Running Secretary for Southern Counties Veterans AC, described the Beckley 10K on Sunday (1 November).

The 16th M&S Electrical Beckley 10K incorporated the SCVAC 10K championships for 2020 – the only road race titles that members of the British Masters affiliated club were able to compete for during this difficult year.

Race management was in the experienced hands of the Nice Work team and there were 254 finishers in 1:40:19, with Nice Work's well-honed COVID-secure format in place, including a rolling start gate open for up to two hours to ensure social-distancing. All race profits go to Beckley Village Centre.

Beckley 10K is run along the undulating lanes around this pretty East Sussex village and the combination of tough climbs and mucky weather resulted in just four men beating 40 minutes and four women ducking under 45 minutes.

The oldest competitor was M85 Richard Pitcairn-Knowles (Sevenoaks, 1:31:13) who was pleased to have three more finishers behind him.