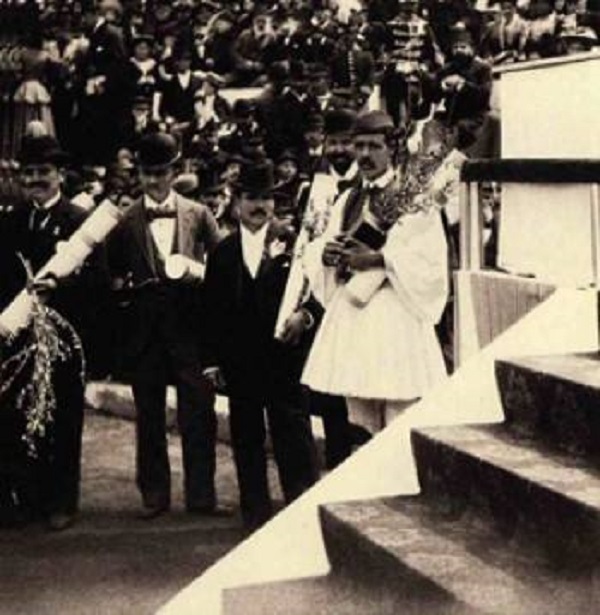 Athens Marathon is self described as 'The Authentic'. It could equally be dubbed 'The Original' because the point-to-point course commemorates the legendary feat of Athenian herald Pheidippides, who ran from Marathon to Athens to deliver news of victory in the Battle of Marathon (490 BC) before expiring after uttering the immortal words: “Joy, we have won”.

The first Olympic Marathon was held on 29 March 1896 when 17 athletes from five countries ran 40K from Marathon Bridge to receive a tumultuous welcome from 100,000 people in the marble Panathenaic Stadium. The first marathon fans were hoping for an historic Greek victory and weren't disappointed as Spyridon Louis (2:58:50) broke the thread to claim the laurel wreath from countryman Charilaos Vasilakos (3:06:03) and Hungarian Gyula Kellner (3:06:35).

Pheidippides was a professional courier, paid to run long distances to deliver urgent messages. His mantle has been assumed by modern day athletes who can earn a comfortable living from the sport but Athens Marathon still stands out as a 'bucket list' event drawing many thousands due to its historical significance and unique, tough course.

The 37th Athens Authentic Marathon took place on Sunday (10 November) with hundreds of British runners among the 16,438 finishers (in 8:30:22). On a course practically identical to the route of the first Olympic Marathon of the modern era it soon became obvious that Felix Kandie's 2014 course record (2:10:37) was not under any real threat.

The leading British athletes were Alex Cruttenden (Brighton Phoenix, 2:49:02) and Victoria Crawford (Serpentine, 3:19:16) as many travelled on a bespoke package with Sports Tours International

This ancient and prestigious event was brought bang up to date when South Korea's visually impaired runner Dong Ho Han (pictured below) completed his first ever marathon in 4.27.38, the significance of this achievement being that he did so without the assistance of a guide runner. He used the very latest technology built into his 'magic' sunglasses connected to high-resolution cameras, providing GPS enabled real-time information about the route, obstacles ahead, the roadway and athletes surrounding him.

Speaking through an interpreter, Han said: “We chose the Athens Marathon because it is a famous race and a tough race. The weather was extremely good for us. We are pleased”. 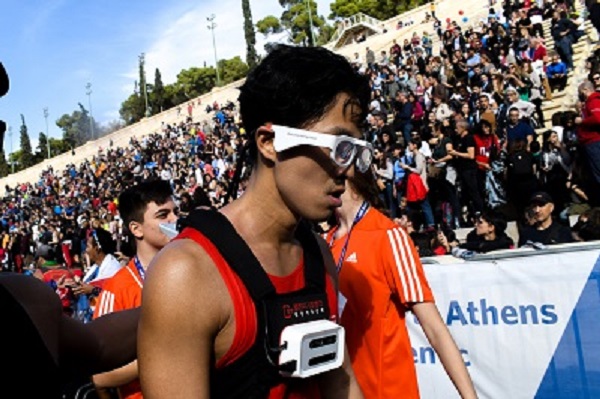