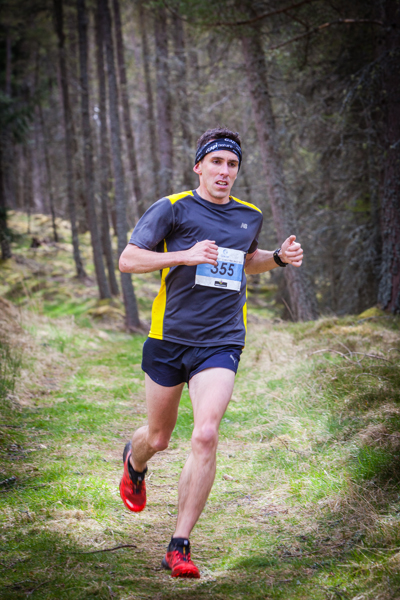 The Edinburgh-based Caithness runner has a fine record at the Deeside event having twice won the Stena Drilling Tartan 10K (2010 and 2012) as well as setting a course record time in the TRAC 15 mile trail race in 2015.

This weekend he'll try to win both races, tackling the 10K on Saturday and the trail race 24 hours later. He said:"It'll be a challenge. I'm not going to think too much about the 15 miler while I'm running the 10k unless it’s going well and I can save a little back for the second race.

"I'm not sure if I can improve my 15 mile record. It depends how the 10k goes and what the weather is like. Last time there was snow so I hope that doesn't happen."

Greig's wife Debbie, the Scotland duathlon champion, is one of the favourites to win the women's division of the 15 miler in which Veronique Oldham (Cosmic Hillbashers), the 2014 champion is also competing.

Kenny Wilson, who is to represent Scotland in the Lillebaelt Half Marathon in Denmark next month, is keen to complete a hat-trick of wins in the ConocoPhillips 5K. The Moray Road Runner may even challenge the course record of 14min 46secs set by Central AC's Olympian Andy Butchart in 2013.

He said:"My training has been going well so Balmoral provides me with a good opportunity to test my speed and see where I'm at. It would be good to get the record but I'm not sure if that sort of time will be in my legs. I'll definitely give it a go and we'll see what happens. Balmoral has a great tradition going all the way back to the days when Paula Radcliffe set world record times there.”

Scotland international Jenny Bannerman is among the leading entrants in the women's 5K. The Inverness Harrier won at Balmoral in 2016 and finished second in both 2014 and 2017. She is using the race as part of her preparations for the Scottish 5km road running championships in Edinburgh at the beginning of May.

Bannerman can expect some strong opposition, however, with Great Britain junior cross country and mountain running international Anna Macfadyen (Forres Harriers) taking part for the first time. Scotland junior international Clare Stewart (Banchory Stonehaven AC) is also likely to be involved while Rebecca Eggeling (Aberdeen AAC), who was third last year is another contender for a podium position once again.

The majority of the 5,600 entrants for this weekend's festival of running are content to compete in one of the event on the programme. Some may choose to tackle two, but 142 hardy souls have signed up for the four toughest races in what is dubbed the Repsol Sinopec Devil of Deeside Challenge.

The ‘Devil’ requires competitors to run in the ConocoPhillips 5kK and the Stena Drilling 10K on Saturday, followed by the Apollo duathlon (6k run/16k mountain bike/5k run) and the TRAC 15 mile trail race on the Sunday. The winning trophies go to the first man and woman with the best cumulative time from the four events. Last year Aberdeen's Alan Semple took the men's title by completing the test in 3:51:17 while Kerry Prise was first woman in 4:37:08.Both are returning to defend their titles.