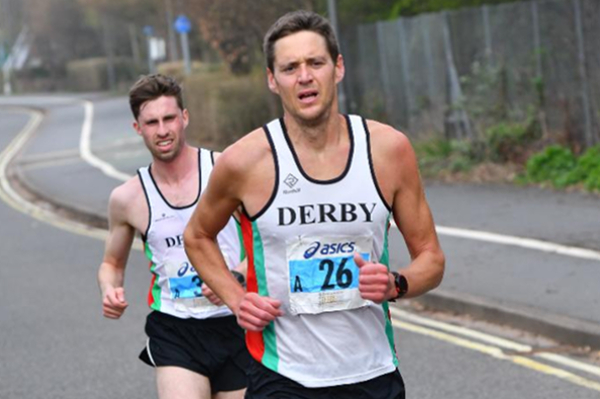 A clean sweep for Derby AC as their ‘fantastic four’ powered home with each of them finishing in sub-32 minutes.

In the women’s race, British long distance runner Kate Avery showed why is she is a class act with a win and new course record. The 26-year old from Newton Aycliffe won in 34:38 with Lisa Palmer-Blount of Derby AC second in 35:27. Alice Daniel was third in 36:40.

Bike Works – webuycycle won the Business Team Challenge with a combined time of 2:25:14. A full set of results can be found on our race listings page.

Nearly 4,000 runners completed the biggest Derby 10K to date, hosted by Sporting Futures and supported by Derby City Council. The one lap route began at 9am from Royal Way, Pride Park Stadium and continued in a clockwise direction, passing the Guildhall, Cathedral and Silk Mill before finishing back at the stadium. There was a 3K fun run at 10.30am for anyone wanting a recovery session or a jog with their family.

All profits from the race support the charitable work of Derby County Community Trust, helping over 17,000 people each year.