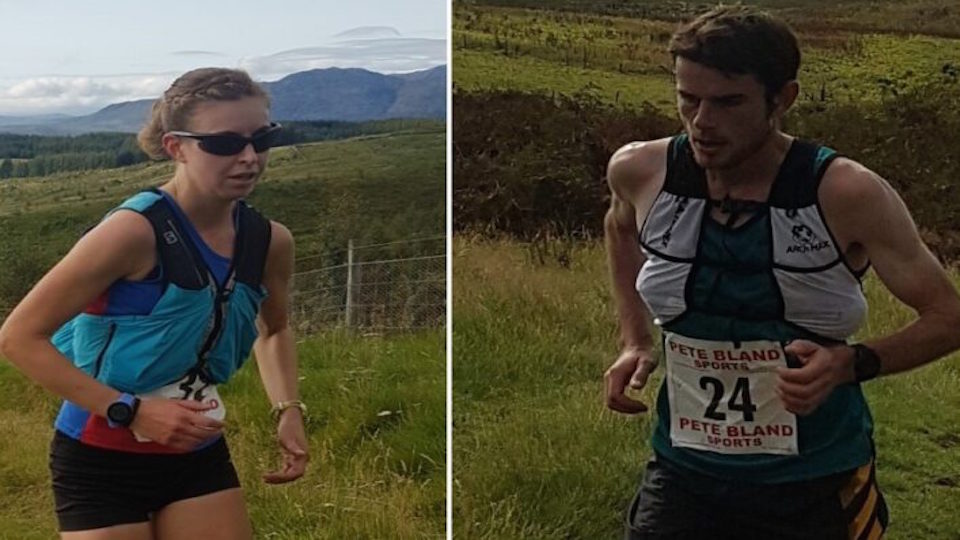 The only way was up for Adkin and Simpson

The 2020 hill racing season may never have really got started, but at least it ended well for both Scout Adkin and Robbie Simpson. The pair clinched top honours at Sunday’s scottishathletics Senior Hill Running Championships at Comrie, Perthshire.

This was the second trip to the top of the podium for Adkin, who won the championship last year, but a significant first title win for Simpson – who overtook fellow GB international and current World Mountain Running Association World Cup champion Andy Douglas on the way to claim victory.

The event was run over a 12km-long uphill only course with 830m of ascent to be made on the way to the summit of Carn Chois. With over 100 athletes taking part, five waved starts with 12 minute gaps between them meant conditions were much warmer – and tougher – for the later starters.