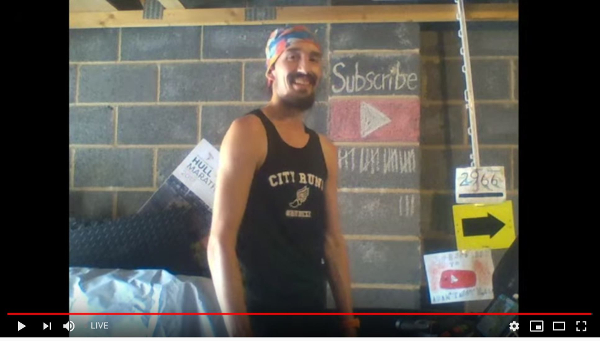 This Sunday (26 April) Adam Holland will try for an ‘unofficial’ world record for the fastest treadmill marathon at the Watopia Run Festival hosted by Zwift. Adam will join the top four runners at this distance on treadmill.

Global running races have grown in popularity since the lockdown as people have purchased treadmills to use at home and have racked up the miles in a safe environment. Seeking competition but unable to do so due to the ban on mass participation events and guidelines about social distancing they have found an alternative in the form of virtual races and run festivals.

Online events such as the DeMoor Global Running Virtual Races and the Watopia Run Festival have provided an outlet for those looking to test themselves, for example, over a mile or 5K.

Adam ‘Tango’ Holland, whose competitive streak has seen him tackle innumerable marathons from Loch Ness to Limassol and many places in between, has embraced virtual racing. He recenty set an ‘unofficial’ world record for the fastest treadmill half marathon on 19 April at the DeMoor virtual event where he posted 1:03:37 - one second faster than the official world record of 1:03:38.

His next challenge is the marathon – one of four distances at the Watopia Run Festival presented by Maurten and hosted by Zwift. The other distances are One Mile, 5K and Half Marathon. Adam has been given the honour of leading his first Zwift event which is the marathon at 8am GMT, 5pm AEST.

Now Adam will be aiming for an ‘unofficial’ world record for the fastest treadmill marathon which stands at 2:20:45, set by Paul Zwama (NED) in August 2018.

If things go according to plan he will step up the distance saying: “I may even carry on and see what I get in the 50K.”

Many hundreds of Adam's supporters, who love the Devon man's enthusiasm, warmth and panache will be following his progress online on Sunday morning. You can join them at Adam Holland's YouTube channel.