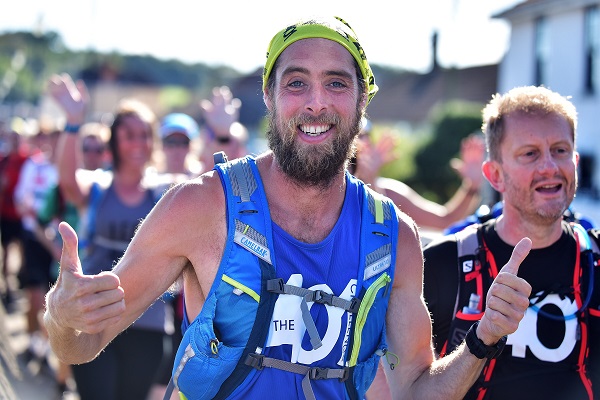 Matt is King of the 401 Festival

There were 131 finishers overall in the four stage marathon at the 401 Festival of Running at Portishead, Bristol on 24-25 August. The event is inspired by the exploits of Portishead's award winning ultra-marathoner, charity fundraiser and blogger Ben Smith (pictured) of 401 marathons in 401 days fame.

The weekend was the hottest on record for late August but splitting the marathon into four sections over two days made it rather more accessible to mere mortals, who may not possess Ben Smith's incredible powers of endurance and mental toughness.

The 2016 winner of the BBC Sports Personality Helen Rollason Award, Ben Smith, was present throughout to support the runners in his home town and he will have been impressed by the commitment of the 131 finishers in the four-race 401 Festival Challenge on a weekend that was a test of endurance for the volunteers as much as the athletes.

Ben Smith's next personal challenge is to run a marathon in each of the 50 US states, cycling between locations, covering 18,500 miles in 104 days to try to raise £1million for The 401 Foundation and Youth Sport Trust. Ben starts his next mammoth enterprise in March 2020.