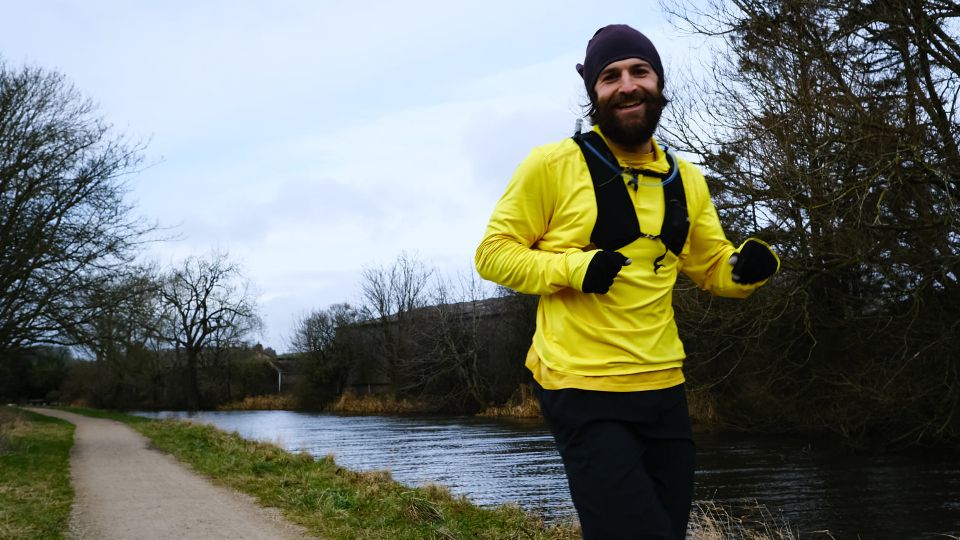 For one man, extreme times called for extreme measures and a dramatic way to celebrate a milestone birthday. Yorkshire-based Josh Kian of Veggie Vagabonds set himself a personal challenge during this pandemic, that of running 30 miles for his 30th birthday on 30 January during lockdown 3.0.

Josh and partner Sarah are passionate about nature, veganism and the outdoors; embarking on cycling/hiking/climbing adventures in various parts of the world whilst providing a resource for like-minded people to undertake the same. Their website, ‘Veggie Vagabonds’, offers advice about outdoor activities, gear and recipes along with a blog about their adventures and welcomes others to share their experiences.

With travel off-limits due to the pandemic and the ‘same old same old’ of lockdown, Josh wanted something to keep him motivated and moving. Early in January the thought of running 30 miles came to mind and the idea took hold, especially as his 30th birthday was looming at the end of the month.

The distance was an issue as Josh had never run further than a half marathon and was coming back from an ankle injury. This was compounded by the effects of an arduous training run that resulted in illness and a reassessment of his goal, running 30K instead of 30 miles. This would be his Plan B.

Partner Sarah was Josh's biggest supporter during training and on the run itself, ensuring he was fed and watered and encouraged throughout. Feeling less than great at the start of his epic run he got into a rhythm at about half way and decided to go for he original target of 30 miles instead of 30K.

He completed 30 miles in a little over 6 hours and enjoyed a celebratory Guinness and the personal satisfaction of achieving his goal.

This achievement has inspired him to seek new challenges and he invites others to do the same, saying: “Personal challenges don’t have to be record-breaking or particularly gruelling, just something that means a lot to you personally.”