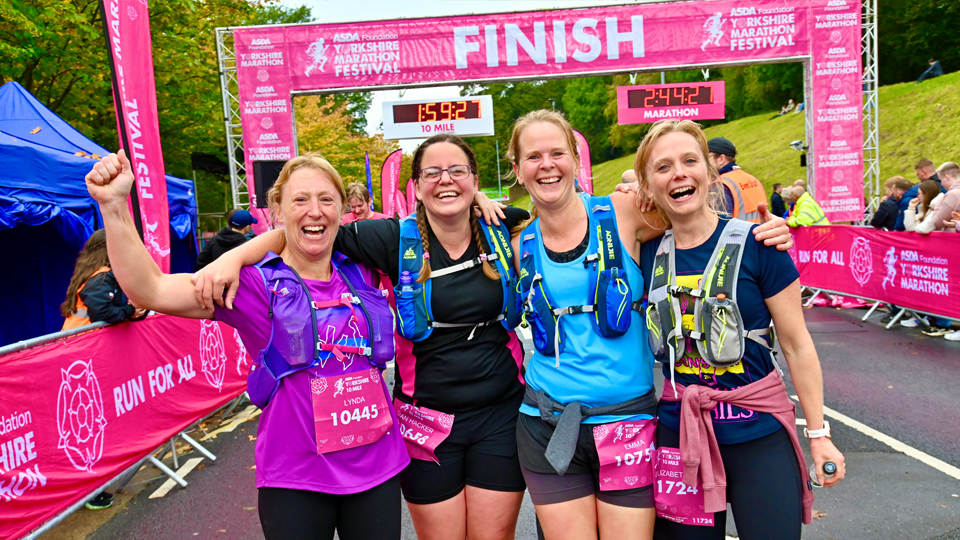 After a year hiatus, thousands of runners raced through the streets of York on Sunday as part of the eighth Asda Foundation Yorkshire Marathon Festival. The historic streets of York came alive and hundreds of thousands of pounds were raised as fun-runners, fundraisers and club runners crossed the finish line.

Elite athletes in the race were competing for a cash prize pot of £10,000 and first across the finish line was Tom Charles in a time of 02:24:22. He was followed by Scott Harrington who clocked 02:26:22t with Anthony Woodward finishing third in 02:29:03.

Mike Tomlinson, CEO at Run For All, said: “After an extended year of training, it was absolutely amazing to be back in York today for the eighth running of the Asda Foundation Yorkshire Marathon Festival. The day was a fantastic success and we are delighted that the event continues to go from strength to strength.”

“As always, we would like to thank everyone – the runners, spectators, sponsors, partner organisations, charities and particularly the many volunteers – who have helped make today’s festival such a fantastic success.”

Organisers of the event have announced that entries are now open for the 2022 Yorkshire Marathon which will take place on Sunday 16 October 2022. Entries are available at the event website now and just £47 until midnight next Sunday.