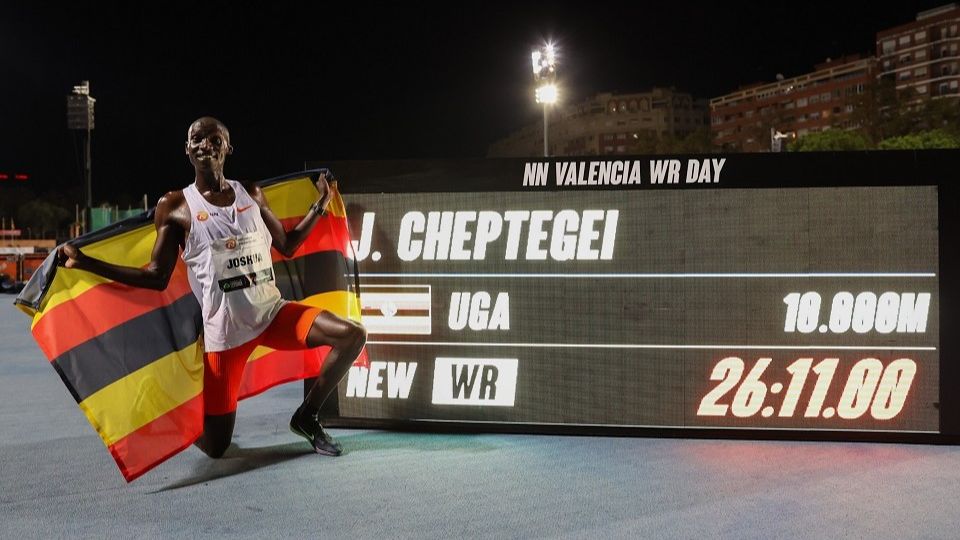 What on earth is going on in the world of distance running this year? A bonkers, COVID-19 disrupted season has seen the old guard swept aside by young athletes with a hunger for success and no world stage to perform on – so they have created their own global audience by smashing world records seemingly for fun, some of which stood the test of time until now.

Wednesday (7 October) will be remembered forever by aficionados of the sport as the greatest night for endurance records in history after both the women's 5000m and men's 10,000m world records were destroyed inside an hour in an almost deserted Turia Stadium, Valencia.

Those of us with access to the BBC Red Button or a variety of live streaming services were enthralled as Letesenbet Gidey (22) and Ugandan Joshua Cheptegei (24) added even more lustre to an already amazing year of barrier-breaking results.

A serious-looking Gidey was up first in the women's 5000m. The 22-year-old Ethiopian, the current world 10,000m silver medallist, fiddled nervously with her hair as eight athletes were held on the start line for more than five minutes while TV stations around the world tuned in.

Cheptegei had struck a relaxed and smiling figure on the start line and looked completely unflustered as he struck out alone in search of glory, exuding all the confidence to be expected of someone who has already annexed the world 5000m record (12:35.36) and world 5km road record (12:51) earlier this year.

Despite running solo for the next 12 laps, Cheptegei ran an astonishing negative 5000m split of 13:03.27 for the new figures of 26:11.00 to confirm himself as the world's finest current distance runner and hot favourite for Olympic 10,000m gold to add to his world cross country and World Championships 10,000m titles already gained last year.

Both world records were achieved in Nike Dragonfly spikes and were assisted by the latest Wavelight trackside pacing technology.

If you have an hour to spare and missed the events, here is a link to all the remarkable action from NN Valencia World Record Day – enjoy!