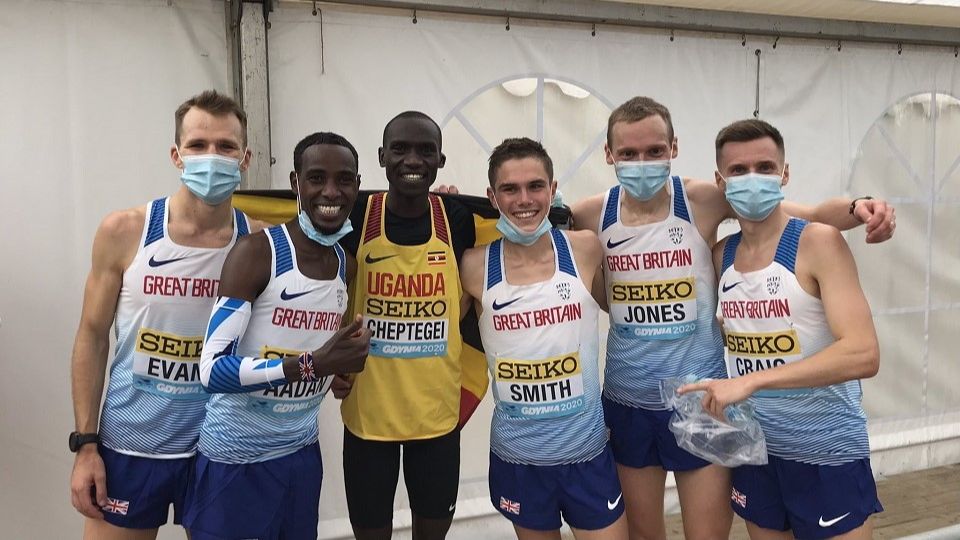 Records and runners tumble in World Champs Half

World records, tumbles and surprise winners were the hallmarks of a terrific World Athletics Half Marathon Championships in the northern Polish port city of Gdynia, on the Baltic coast, on Saturday (17 October) – the sole World Athletics title event to be held in a year that has seen the international calendar ripped up by the COVID-19 pandemic.

First off were the women and they seemed to be so relieved to be finally racing again that the women's only world record (1:05:34) was immediately put under pressure by a leading pack that included the record holder, Peres Jepchirchir (Kenya). Conditions were good, with light breezes and 8-10C, but a damp road, tight bends and possibly those infamously unstable 'platform' shoes now found on the feet of all the elite athletes may have contributed to a series of falls that changed the course of the race.

Perhaps the least affected was Peres Jepchirchir, who seemed to have everything covered and sprinted clear to smash her own world record with 1:05:16 – dragging Germany’s Melat Yisak Kejeta (1:05:18) and Ethiopia’s Yalemzerf Yehualaw (1:05:19) inside the former record for the minor medals. The fast pace saw two-thirds of the 101 finishers setting lifetime bests.

The men's race was no less exciting but had fewer incidents and none involving leading athletes biting the tarmac. The pre-race favourite and man of the moment with three world records in his locker this year, Joshua Cheptegei (Uganda) was strangely subdued. However, his 19-year-old countryman, Jacob Kiplimo, set a championship best and world junior record 58:49 to become the first Ugandan individual medal winner in this event.

After a relatively sluggish start, the pace picked up to such an extent that 10 athletes beat the hour. The podium was completed by the front-running Kibiwott Kandie (Kenya, 58:54) and Amedework Walelegn (Ethiopia, 59:08) with Cheptegei fourth (59:21).

The British men's team placed 10th thanks in no small measure to a stunning British under-23 record by Jake Smith (Cardiff, 60:31 PB, 18th) who is now only headed on the UK rankings by Sir Mo Farah and Callum Hawkins – who was forced to miss this race with an ankle injury.