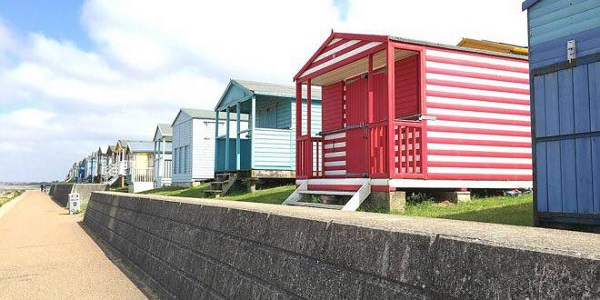 The immensely popular Whitstable 10K was a 750 maximum sell out in January, some four months in advance of the 20th running on Early May Bank Holiday Monday (6 May) and with course views like the image above it is easy to see the attraction.

Canterbury Harriers have nurtured this local charity run into a club runners' essential fixture and your runABC South correspondent was one of many potential competitors too slow out of the blocks to secure a race number this year!

The course has evolved slightly over the years but remains an out and back along Tankerton Slopes, through Swalecliffe and Studd Hill to Hampton Pier on the western fringe of Herne Bay. The return route follows Saxon Shore Way on Whitstable Promenade, with stunning sea views across Tankerton Bay, before a sprint finish on the pebble beach.

A pound from every entry goes to Demelza House Hospice Care for Children to make fundraising simple and the course records are 31:48 by Michael Coleman in 2004 and 32:54 by GB international Charlotte Dale – who famously won outright in 2002 and 2005.

There were no record bonus payments in the 20th anniversary race but excellent times were recorded by race winners Tom Millard (South Kent Harriers, 33:20) and Cas Wright (Dartford Harriers, 39:41) in generally overcast and cool conditions.