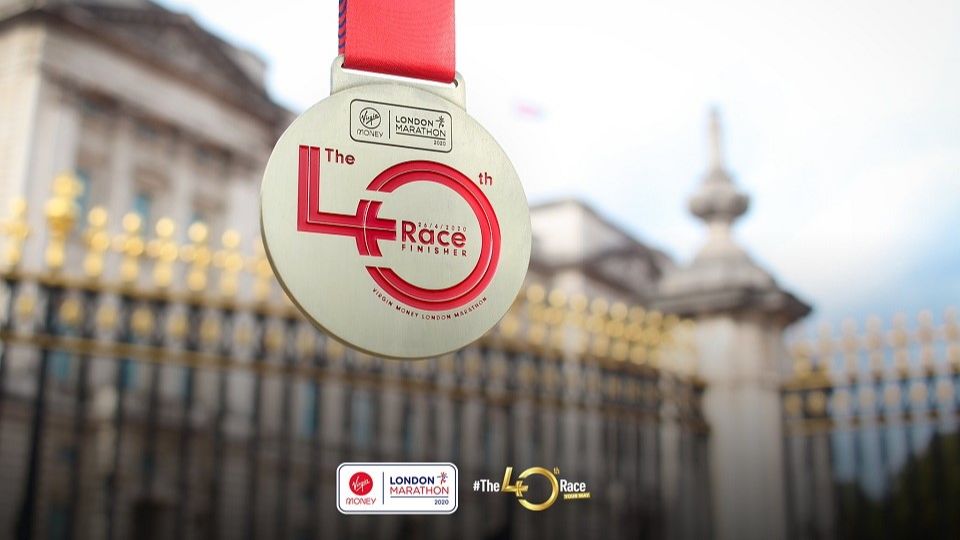 #NoHumanIsLimited has been Eliud Kipchoge's clarion call to us all to challenge ourselves and to refuse to accept our limitations and it will continue to inspire a generation despite his shock defeat in yesterday's 40th Virgin Money London Marathon.

Shocks and surprises were the hallmarks of the strangest London Marathon since the first had ended in joint first place for Inge Simonsen (Denmark) and Dick Beardsley (USA) in 1981 – in similar wet and windy conditions to this year's elite only race.

The bio-secure bubble had begun to burst just after runABC's preview was published on Friday (2 October) when 38-year-old Ethiopian Kenenisa Bekele – the only athlete expected to be able to stop Kipchoge from becoming the first runner to secure an unprecedented fifth London title – withdrew with a left calf muscle injury sustained in training, citing: “two fast training sessions too close together”, as the cause.

The men's race appeared to be going to script until around 4km from the finish when Ethiopia's Shura Kitata injected some serious pace and Kipchoge appeared to be suffering at the back of the leading group.

After 19 laps of 2.15km, it was obvious that the unthinkable was happening before our very eyes. The world record holder, Olympic champion and only human to have run 26.2 miles in less than two hours was about to be beaten in a marathon for the first time since 2013!

The relatively slow pace made for a thrilling finale in The Mall as Kitata and Kenya's Vincent Kipchumba battled for victory – neither giving an inch until Kitata edged ahead (2:05:41) to win by a second. Ethiopia's Sisay Lemma (2:05:45) was a close third, after playing a positive role in the breakaway group.

Kipchoge was a disconsolate eighth (2:06:49) as Ethiopians took five of the top six places. The normally eloquent Kenyan seemed to be in shock when he told the BBC: “I am really disappointed. I don't know what happened. The last 15km, I felt my right ear was blocked. I had a cramp in my hip and leg. It just happened in the race. I started well. It's really cold but I don't blame the conditions."

A lap behind the leaders there was joy for British champion Jonny Mellor (Liverpool Harriers, 2:10:38) and marathon debutant Ben Connor (Derby AC, 2:11:20) – both inside the Olympic qualifying time of 2:11:30, having been paced to 30km by none other than Sir Mo Farah. Josh Griffiths (Swansea, 2:13:11) was the British bronze medal winner.

Much earlier, the first shock of the day must have been when the elite women athletes' alarms sounded in their bio-secure hotel rooms before 4:00am, ready for their 7:15am start in the dark and the worst of the heavy rain.

Despite briefly flirting with the pace required to improve Mary Keitany's women's only world record of 2:17:01, Brigid Kosgei of Kenya settled for a comfortable victory in 2:18:58 – three minutes ahead of an even better sprint finish than that which unfolded later in the men's race.

Fellow Kenyan, Ruth Chepngetich (2:22:05) had looked safe in second place until the charging Sara Hall (USA, 2:22:01) hunted her down in the final 400m, improving her PB by 15 seconds. This was an astonishing performance, given that Hall was two minutes behind the Kenyan pair at halfway.

Meanwhile, there was disappointment for the leading Britons who were targeting 2:29:30 for their Olympic qualifying time. Steph Twell (Aldershot) and Lily Partridge (Birchfield) dropped out with injuries to leave Natasha Cochram (Micky Morris Racing Team, 2:33:19) and Naomi Mitchell (Reading, 2:33:23 PB) to battle for the British title. Tracy Barlow (Thames Valley Harriers, 2:34:42) was third.