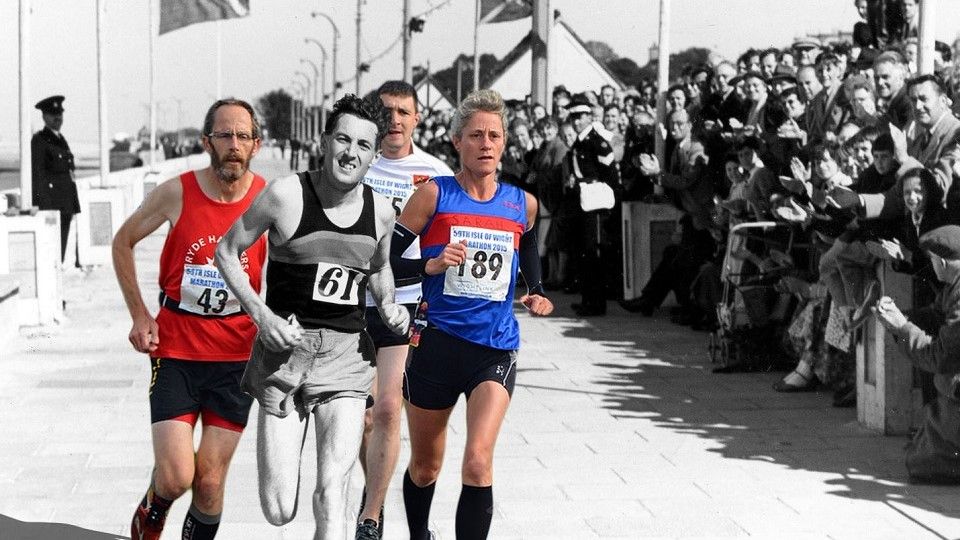 Records tumble at the 64th Isle of Wight Marathon

There were 171 finishers in 5:51:04 as lockdown frustrations were turned into lifetime bests by almost half the top 20 finishers. Ross Skelton – a 2:19:21 performer at his best – may have been restricted to 2:28:30 by the hills and stormy weather conditions but the HY Runners member still sliced seven minutes off Jack Oates' 2:35:01 course record set last year.

Ryde Harriers, formed in 1886, have vast experience in promoting running events on the Isle of Wight but on this occasion deserve credit for ensuring the continuity of this historic marathon race despite the double challenge of the COVID-19 pandemic and the awful weather.

Of the many tributes paid on social media, Jim Clow (M70 Victory AC, 4:50:14) captured the moment with this: “A special thanks to all the race marshals who were out in the rain and wind for hours, and still cheerful and full of encouragement. The weather made it a tough run, and I was very pleased with myself when I crossed the line. The whole organisation was impeccable, just as I expected from Ryde Harriers.”