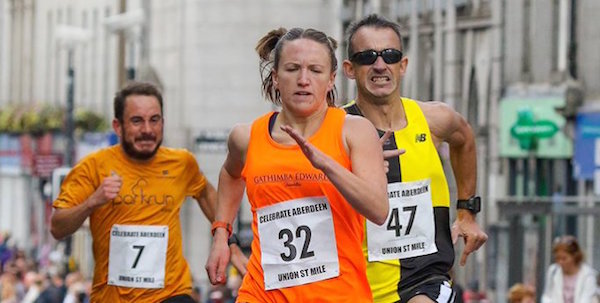 Today (Thursday, 22 August) is the last day to sign up for Aberdeen’s Union Street Mile races.

The unique and popular challenge serves as one of the first events of the 2019 Celebrate Aberdeen Weekend – a weekend which, as it happens, will also see the city host the third and final Great Aberdeen Run (Sunday, 25 August).

The Union Street Mile races, run through one of the Granite City’s most iconic locations, are open to senior and veteran runners, as well as youngsters from Primary 6 upwards. Only 150 places are available for the senior race, most of which are now sold.

Organisers of the Union Street Mile, Celebrate Aberdeen, said: “Over 1000 speedy contestants have darted through Aberdeen’s most famous street since the race started. This may be one of the Granite City’s shortest road races, but completing the one mile dash is no mean feat.”

All proceeds from the races will go to NESAP, which enables them to support athletics in the North East of Scotland.