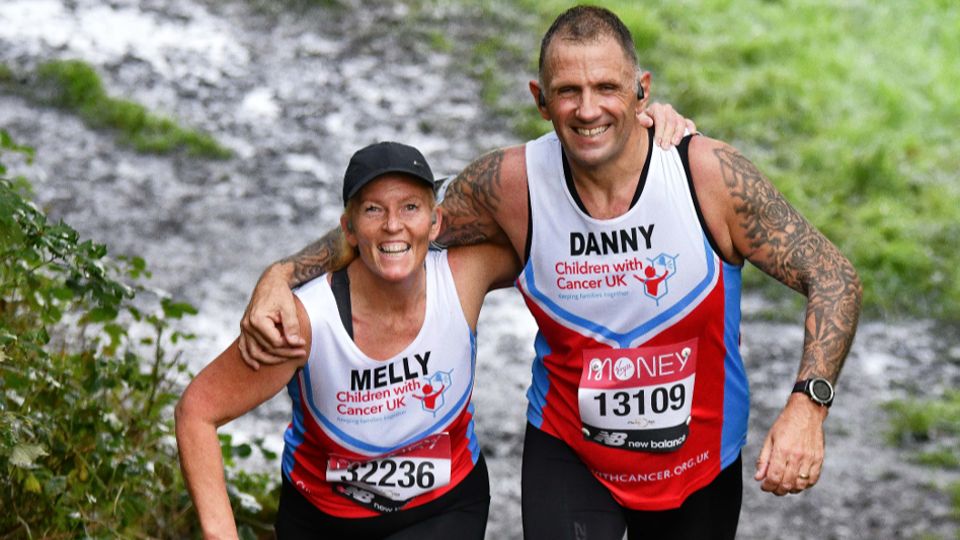 Hills, mud, towpath and carrot cake were on offer at Sunday’s (4 October) Nearly London With A ‘Grim’ Twist. The sights and sounds of our capital city were swapped for canal and countryside in Yorkshire as runners completed a marathon or one of the other three distances at this community spirited event.

The London Marathon mass event was cancelled due to the coronavirus situation with an elites-only race going ahead. It’s Grim Up North Running (IGUN) came to the rescue and hosted an event that would enable people to put their training to the test and feel safe throughout. There was a choice of four races: 10 Miles, Half Marathon, 20 Miles and a Marathon that all started on the canal as groups of 10 were sent on their way – the staggered waves part of IGUN’s Covid measures – and faced a new route with a bit of everything.

Heavy rain the day before had resulted in muddy sections and slippery conditions underfoot on a course that was a mixture of canal and trail along the Leeds Liverpool Canal and River Aire. The participants weren’t the only ones out and about as they were joined by runners in the Virtual London Marathon and as is usual at IGUN’s events, there was kindness and support towards each other and from the marshals who helped make it an event to remember.

100 Marathons star Hilary Wharam took part and enjoyed the event along with everyone else, describing the route as “Interesting, a bit like skating in places”. She and the other finishers had a London-themed medal to wear with pride, a bottle of beer and a bar of chocolate and most importantly, a piece of carrot cake that was worthy of an award of its own.