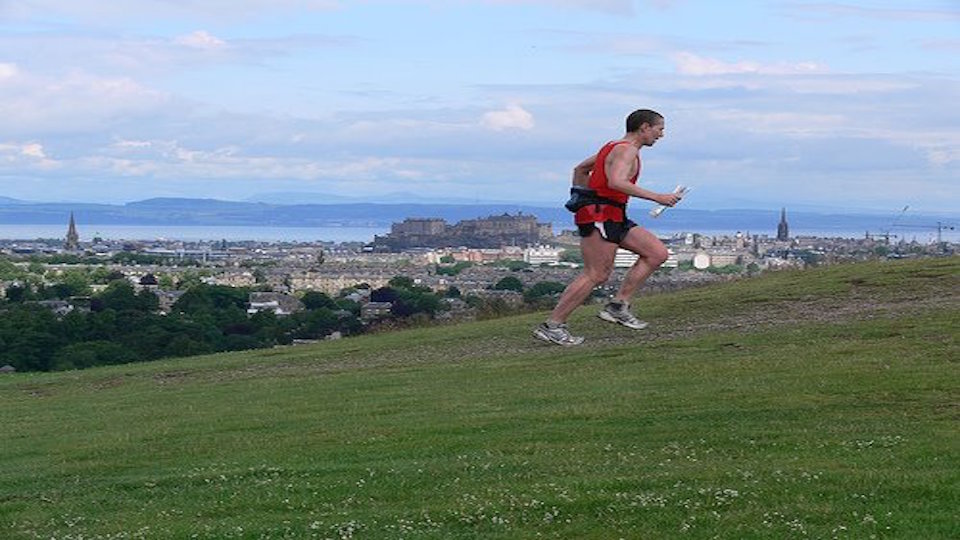 Capital event reimagined as a 'semi-competitive' virtual challenge, but you'll need to make your own rhubarb tart

Held every year since 1980, the Seven Hills of Edinburgh is a compelling combination of road-running, cross country, hill running and urban orienteering, offering runners 2200 feet of ascent/descent over 14.3 miles in their quest to reach the top of seven hills in Scotland’s capital.

With social distancing for the 500+ runners and supporters who usually gather for the ‘real’ event not an option this year, organisers have chosen a different path – a very appropriate decision for an event that actually has no set route.

As co-founder Alan Lawson told runABC Scotland online, cancelling the September race – already rescheduled from June – was something he wanted to avoid. Lawson explained: “Many runners value the event, so we didn’t want to leave a complete blank. Other organisers were putting on virtual events, so we decided to as well.

“We also thought that done as a virtual event the Seven Hills of Edinburgh would appeal to many runners, as most of the others just offer the standard 5k, 10k and half marathon distances. This is something different – an event ‘of real character’, offering something semi-competitive in these strange times.”

Reflecting those strange times, the rules of the 41-year-old event have been changed to allow more runners to join in. Rather than experiencing the traditional mass start on Calton Hill, this year’s participants must complete the full course – solo, and while keeping a 2m distance from others – at any time from Saturday 1 August to Monday 31 August inclusive.

While runners still need to make all the course checkpoints – Calton Hill, Castle Esplanade, Costorphine Hill/Clermiston Tower, Craiglockhart Hill East, Baird Hill, Blackford Hill and Arthur’s Seat – they can start their attempt at any point on the course and even go in the ‘wrong direction’.

As Lawson feels the majority of people who take on this year’s challenge will have done the race in a previous year, most entrants should know the optimal route to take.

Like the ‘real’ event itself, the virtual Seven Hills has been kept as simple as possible. There are no entry fees this year, and no pre-registration needed. Runners who finish their challenge need only send their times in to update the daily leader board when their attempt – and they can make more than one – is complete.

At the moment, only three runners have logged their times – but with five weekends to look forward to in August, Lawson expects many more to take part.

“We usually have 30 or so runners from Portobello take part in the ‘real’ race,” he told us.  “And as I’m aware that Harmeny and other Edinburgh clubs have been doing some route recces, I anticipate entries from many of their runners too.”

One of the runners on that leaderboard is Lawson himself, sitting in third place at age 73. “Andy Warhol promised everyone 15 minutes of fame. I had 15 hours on the top of the leader board myself, before the next guy came along,” he laughed.

While the virtual Seven Hills of Edinburgh can deliver on the challenge, the competition and the community spirit, there’s one thing it just can’t deliver: the post-race rhubarb tart for which the event has become famous. “Runners will just have to bring their own,” Lawson confirmed.

That rhubarb tart has become such a tradition, in fact, that the treat also features in the Dutch version of the event that was held in Rotterdam on this year's original 14 June date.

When runABC Scotland online asked Lawson whether there even were any hills in Rotterdam, he confirmed that the organisers had indeed found some, ‘with many as high as five metres from ground level’.

But even though there's no rhubarb tart, this year’s Seven Hills of Edinburgh has managed to keep up at least one other tradition.

For the last ‘20 or so years’, coasters have been given out as finishers’ mementos. The 2020 crop won’t get one, but true to the spirit of simplicity and ‘self-sufficiency’ of the event itself, they will earn the right to print out this year’s special design to make their own at home.