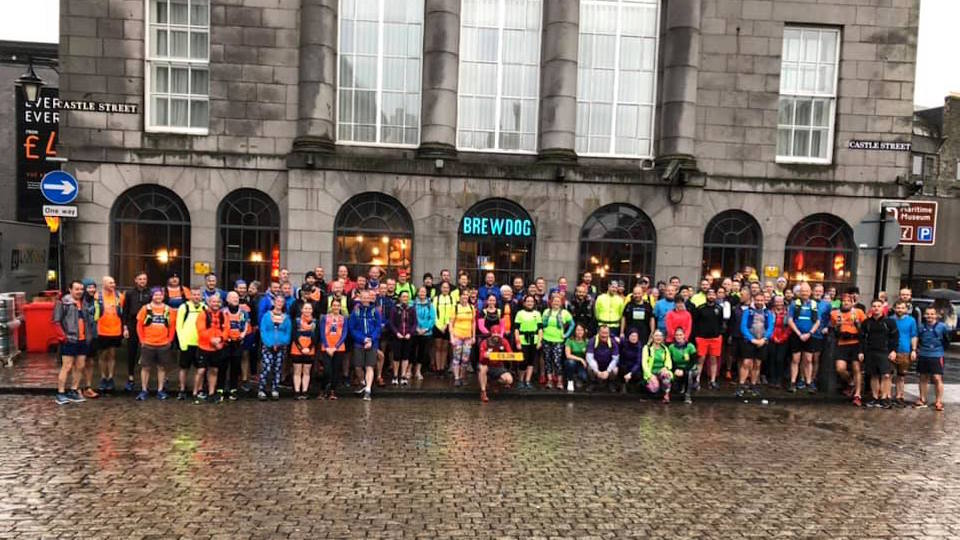 Members of Aberdeen’s Fit Like Joggers have been celebrating their club’s recent triumphs at the UK-wide 2020 Running Awards. Their BrewDog run has been voted the UK’s top Fun Run, beating the Cranbook Country Park Family Fun Run and the Vitality Westminster Mile to the top of the podium.

Its handmade race memento – which members of the club help to create – came runner-up in the new category of ‘Best Medal’, just behind that of the legendary Marathon des Sables.

Club founder David Scott was delighted ‘the wee run he began in 2015’ scooped the top prize – especially since all four of the scheduled dates were cancelled this year due to the pandemic.

In 2019, the BrewDog Run won third place in the same Fun Run category.

Giving his thanks to everyone who voted for the event, volunteered or took part as a runner, he added: “It’s been a pretty crummy year for running events. But we’ll be back, bigger and better than ever in 2021. The proceeds from the BrewDog Run go to help fund the club and allow us to do all the great things we do at no cost to our runners.”

The BrewDog Run follows a 21-mile route from the brewery’s Castlegate pub through Aberdeen itself to Dyce. From there it heads up the old Formartine & Buchan Railway line, now a long distance path, through Newmachar and Ellon, before finishing at the brewery’s ‘Dogtap’ and Overworks.

The next BrewDog Run – in the words of the Running Awards, ‘the sort of run we all need right now’ – is scheduled for Saturday, 5 June 2021.