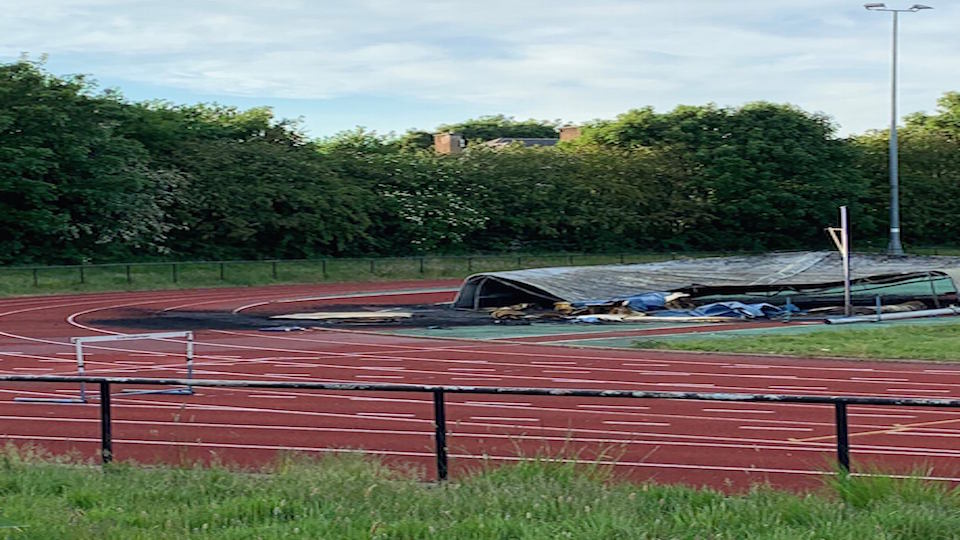 Edinburgh’s runners were shocked to see images of smoke billowing from the track at Saughton Park on Monday night.

Fire appliances from Sighthill and Tollcross raced to put out the blaze, which started in a storage area at the much-used facility located to west of the city centre.

No injuries were reported as a result of the fire, but the incident will be a significant blow to the hopes of Edinburgh’s runners and athletics clubs for a return to 'normal' training as we ease our way out of lockdown.

Since the fire, many of those runners took to social media to express their dismay, calling the apparent act of vandalism ‘sickening’, ‘disgusting’ and ‘unbelievable’.

With Meadowbank in the process of redevelopment and scheduled to open – in theory – this autumn, Saughton is currently Edinburgh’s only track and field facility.

scottishathletics Chief Executive Mark Munro also spoke out against the damage on Twitter, saying: 'This is devastating to see at Saughton Stadium tonight. Facilities and equipment already a major struggle in Edinburgh just now.'

There have been no organised events at Saughton Park since the Coronavirus lockdown at the end of March. Before then, the track was regularly used for individual coaching and group sessions by local clubs, including Costorphine AAC and Edinburgh AAC. The facility was also used by the Lothian Thistle Hutchison Vale Football Club.

Club Leader Tam Smith told the Edinburgh Evening News that he believed ‘thousands of pounds of damage’ were caused by the fire, which damaged several lanes of the track as well as equipment used for athletics, like mats and hurdles.

Police are treating the file as ‘wilful’, with a spokesperson confirming that officers are currently following ‘a number of lines of enquiry’.