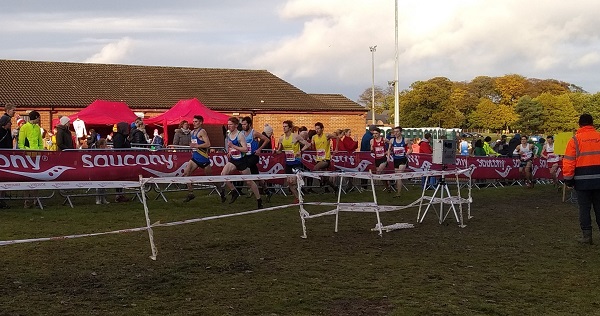 This excellent venue was in doubt until a late announcement regarding the new status of Mansfield District Council as Corporate Trustees resulted in the reopening of mothballed buildings. A total of 1,281 club teams entered the 10 races – two down on the 2017 record – including a record 184 senior women's teams, demonstrating where the sport is growing.

Aldershot, Farnham & District AC regained the senior women's trophy they had 'loaned' to Tonbridge AC last year. The 2017 champions had too much fire power for the opposition and won by 59 seconds. National Cross Country champion Emily Hosker-Thornhill (9:52.6), Niamh Brown (10:38.7) and Lauren Hall (10:38.0) were never headed for the winning team.

Leeds City capped a brilliant day by retaining their senior men's title from Cambridge and Coleridge and Bedford & County AC. The top six leader board was completed by AF&D's 'A' and 'B' teams plus Shaftesbury Barnet Harriers. The successful Leeds quartet were Phil Sesemann (16:09.05) – pictured in the lead above – Matt Grieve (16:41.40), Graham Rush (16:22.50) and Emile Cairess (16:01.15) but it was a far from straightforward victory.

Wreake & Soar Valley had led on leg two from AF&D and Leeds had to dig deep to hold off the challenge of World Cross Country representative Marc Scott (C&C) on the final stage.

As senior winners, Leeds City men and AF&D women will be invited to represent England at the Belgium Cross Cup in Rotselarr next February.