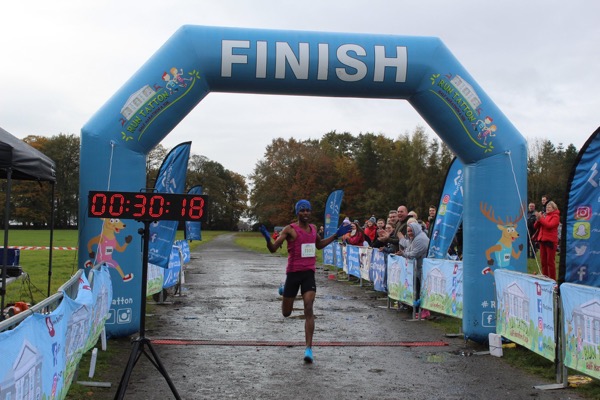 Mo at the double at Tatton Park

Mohammed Abu-Rezeq had quite the weekend: the Altrincham AC runner kicked things off with a comfortable victory on Saturday (2 November) at the Tatton Park 10K. Showing little signs of fatigue, Abu-Rezeq followed this up by returning to Cheshire on Sunday to take part and win the Tatton Half, again by quite a margin.

Known to be one of the UK’s most beautiful historic estates, Tatton Park provided the venue for a weekend of running that attracted close to 2000 runners. Both the 10k and half make the most of the grounds, taking in the Tudor Old Hall, Neo-Classical mansion and 50 acres of landscaped gardens.

This was the backdrop to what was a superb double-header from Abu-Rezeq, starting with the 10K in which he crossed the line in 30:18, over four minutes ahead of Wilmslow’s Peter Speake (34:28). Kirsty Longley was top in the female competition and third overall in an impressive 34:58.

The weekend capped off what has been a fantastic year for Abu-Rezeq with the Altrincham runner taking first place in nearly all of the competitions he has entered. This has included victories at the Leeds and Hull Half Marathons and at the City of Preston and City of Manchester 10K races.

You can view the full results from the Tatton 10K and Tatton Half Marathon here.