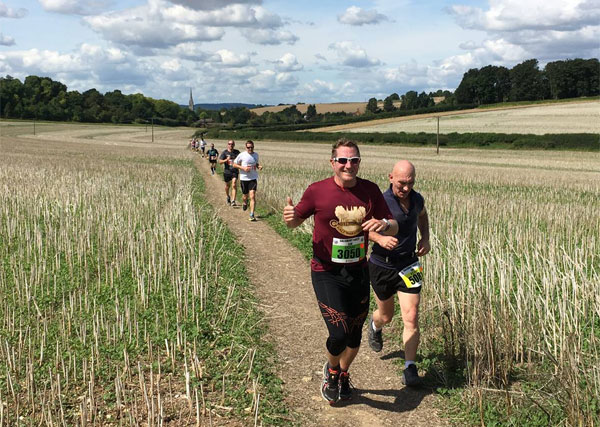 The Salisbury 5,4,3,2,1 Walk or Trail Run welcomes a very special runner on 11 August 2019. Wiltshire police officer Detective Sergeant Nick Bailey will be fundraising for Salisbury District Hospital Stars Appeal as a way of saying thank you for the outstanding care that he received from all of the staff in the wake of the Novichok poisoning attack that rocked the City in 2018.

DS Bailey, who spent more than two weeks in Salisbury District Hospital after the attack, will be taking on the City's trail marathon as part of family friendly Walk or Trail Run series. You can join DC Bailey by entering the event now.

You don't have to run the marathon; there's a choice of distances from 5k all the way up to a 50k ultra!

Nick Bailey is convinced that his immediate recovery was down to the skill and determination of all the hospital staff. Nick's full recovery is taking time but he is determined to repay the staff for their first class care.

You can support Nick via his fundraising page at Just Giving. His initial fundraising target of £4,000 has already been reached and he's well on the way to his new target of £10,000. Let's see if we can't get Nick to the new total.