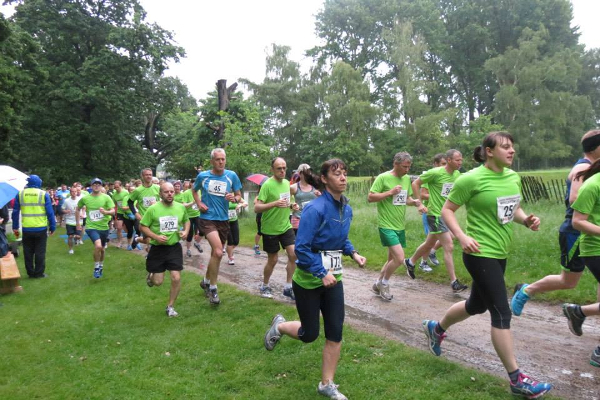 We have a mixture of races this weekend (16-17 June) in terms of distance and terrain and changeable weather has been forecast particularly on Saturday. Be prepared for anything!

Our assortment includes Offa’s Dyke 15 in the beautiful countryside around Hay-on-Wye. Now in its 28th year, this tough off-roader attracts runners far and wide who follow an ancient path between Hay-on-Wye and Kington using private land thanks to permission from landowners. There are five water stations along the route and more water plus tea, coffee and cakes at the finish.

Still off-road but with far less elevation is the Wollaton Park 10K and 3K Fun Run in Nottingham. Runners complete two 5k laps on grass and paths around the park with a few undulations. There is a new medal for this year’s event along with a commemorative T-shirt and goody bag. Note: car parking is £2 for the day.

PB’s will be tumbling down instead of walls in Oxford at the Run Jericho 10K. This is a scenic multi-terrain race for all ages and abilities that takes runners past Worcester College, Port Meadow, Fiddler’s Island and Goose Green. There has been a route change this year so runners will return on the opposite side of Port Meadow rather than along the canal.

Solihull is our final stop for the Arden 9 starting at 10.30am from the Hampton-in-Arden Sports Club. Organised by Knowle & Dorridge Running Club and part of the Warwickshire Road Race League, it is a good test of fitness for any club runner. It is suitable for newcomers; however, the organisers have stipulated that you must be able to complete the race in two hours.

For more information about these and other events, visit our race listings page.