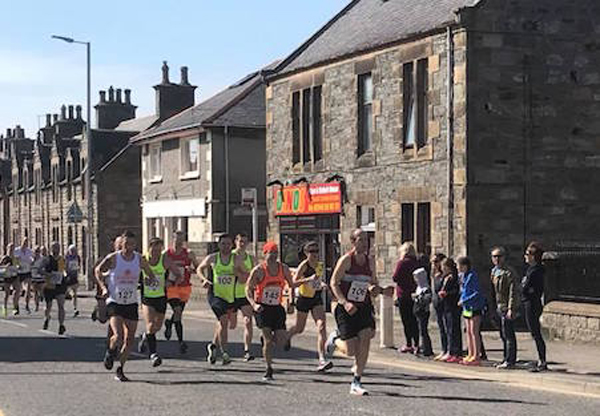 This year, although hundreds took part across the four races, only 24 runners completed each of the events, making them eligible to win the series. After the final race at Benromach, overall and age group prizes were awarded to the runners with the quickest cumulative times across all four events.

Moray Road Runners dominated both the podium and the pool of eligible runners from which the winners would be drawn. Nearly half of all the runners who completed all four events were from the Elgin club.

U20 Moray runner Grace Whelan claimed the women’s crown with a cumulative time of 2.49.10. Just over four minutes behind Grace was team-mate and veteran runner Elspeth Jenkins (2.53.51), with Alison Wilson of Inverness Harries finishing third (2.57.09).

Runners fancying their chances to be next year’s Northern Scot 10k series champion can get out their race diaries now. The first qualifying event of 2019 will be Nairn 10K at 2.30pm on Sunday, 3 March.