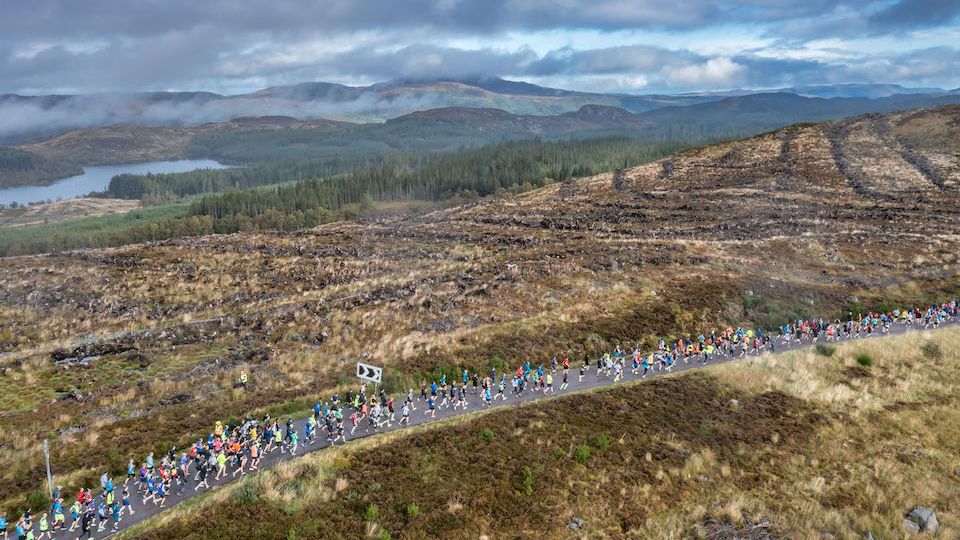 Nearly 5000 runners snaked their way along the eastern shore of Loch Ness on Sunday, as the Baxters Loch Ness Marathon and Festival of Running returned after a two-year absence.

Long popular with international runners, the 2021 edition of the 26.2 mile race still managed to attract 12.5% of its participants from overseas – despite recent uncertainties regarding travel – and nearly half from UK locations outside of Scotland.

But it was Scotland’s day in terms of the majority of the day’s podium positions.

Corstorphine's Stuart Livingstone became the first Scottish men's winner of the marathon for nine years, in a personal best time of 2.32.21.

Livingstone said, "It's the first time I've done this race but it's one I've always wanted to do. It was the same day as the London Marathon, but the experience couldn't be more different. I was surprised by the level of support on the course, there was such a buzz. It was brilliant.”

In the women’s race, Fife AC’s Megan Crawford came from behind to take the title for the third time in eight years in 2.48.15.

Crawford said, "I had always planned to do an autumn marathon and this was the one for me. Obviously, there was also London [on Sunday] but I'd rather have the hills and scenery this race offers. I've been training in the Pentland Hills with some lovely long runs, so that set me up for this one."

In the women’s race, GB junior international Megan Keith achieved her goal of a 10K win, finishing just outside the top 15 in 34.22 – the second fastest time run by a woman in the 17-year history of the event.

The Inverness Harrier was grateful for the home-town support. "I've said it before and I'll say it again, the Inverness crowd is just amazing. They really kept me going over the closing stages."

in addition to providing a physical and mental challenge for thousands of runners of all abilities, the weekend’s festival was a key fundraising opportunity for various charities, including the event's 30 charity partners and lead charity partner, Macmillan Cancer Support.

Malcolm Sutherland, Event & Race Director of Baxters Loch Ness Marathon & Festival of Running, was delighted with how the day went. He said, "What a buzz to finally have runners back at Loch Ness! The atmosphere this year has been amazing, and it's been great seeing marathon veterans and newbies tackle our events, many of whom only took up running during lockdown.

Sutherland was also grateful for everyone's continued support of the event after two years on ice. He added, "It's been great to be able to showcase this beautiful part of the world again and I'd like to thank everyone involved in helping make the event a success.

"Thank you to the communities along the routes, our charity partners, our amazing team of 400 volunteers and, of course, everyone who took part in the marathon, 10K and 5K.”

Early bird entry for the 2022 Baxters Loch Ness Marathon & Festival of Running, which will be held on Sunday, 2 October is now open.