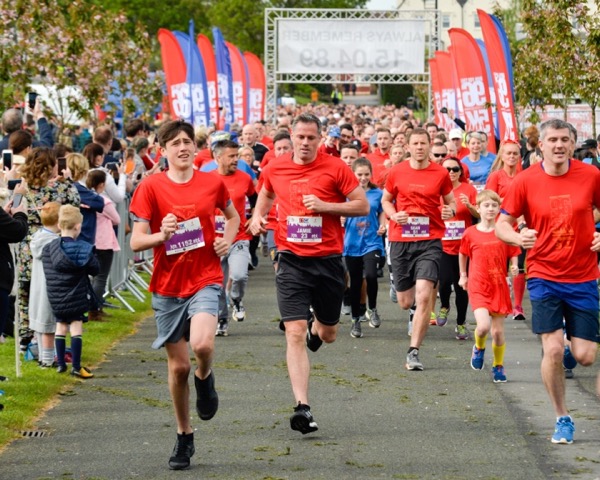 The date for next year’s Run For The 96 has been announced with entries opening at the weekend to coincide with the start of the new football season. The 2019 event is scheduled for Saturday 11 May – 30 years since 96 Liverpool Football Club fans lost their lives at the Hillsborough tragedy on 15 April 1989.

First staged in 2015, the community legacy event was organised as a positive way to celebrate the lives of the 96 Liverpool Football Club fans while also remembering the families of The 96 and the survivors, who have tirelessly fought for justice with dignity.

Since being launched, the event has become a particularly poignant day in the Merseyside calendar and has grown year on year. 2018 saw 1,300 football fans, young and old, embark on a route that incorporated Anfield Stadium, where many runners paused at the Eternal Flame to pay their respects at the Hillsborough Memorial, and Goodison Park, to recognise the support given to the Hillsborough families by Everton FC.

Organised by BTR Liverpool, the event has the support of the Hillsborough Family Support Group (HFSG), and HFSG Chair Margaret Aspinall took part for the second year walking the 5K course. In the last three years, donations and funds raised through Run For The 96 have totalled £22,000 for Everton in the Community, the LFC Foundation, and Stanley Park CIC.

Run For The 96 places are now open and available here.