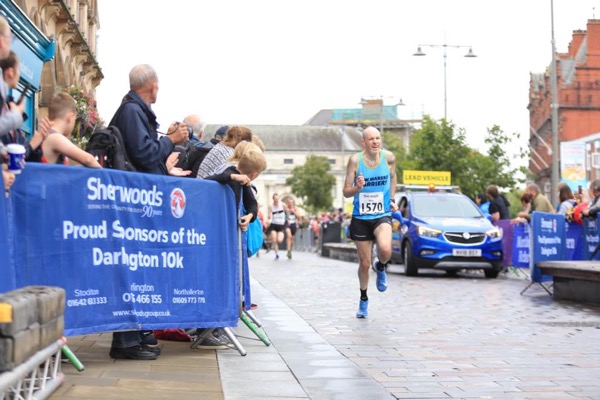 Darlington Delights In Another Fantastic 10K

It may have been one of the greyest events witnessed in the race’s 31 year history but this didn’t deter what was another impressive turnout at the Sherwoods Vauxhall Darlington 10K. The north-east event saw close to 2000 runners compete with 2017 winner Dominic Shaw putting in another strong performance to defend his title.

Leading the field home was New Marske Harriers’ Dominic Shaw in 30:17, over one minute ahead of Graham Rush (31:25) and Wondiye Indelbu (31:29). Shaw has enjoyed an excellent 2018 so far with victories at the Sunderland 5K and Thirsk 10 in previous months.

While the New Marske Harrier was unable to improve on his course record time of last year, he was delighted to defend his crown: “I’m over the moon to win it. I felt alright for the first 5k but the second half was tough. I kind of knew when I got to 7 or 8k that I wasn’t going to be slowing down, so I’m pleased.”

Stepping up from her third place showing at last year’s event was Tracy Millmore, who took first in 36:37. The Birtley AC runner, top at last month’s Durham City 10K, fought off the attentions of Sharon Barlow (37:35) and Louise Talman (39:23) to record an impressive victory.

Race organiser Phil Haymer commented on the day’s events: “I was a bit anxious about the weather conditions at 5 o’clock this morning but the sun came out and we stayed dry. Our Fun Run went well, we had over 170 for the Junior 3k which was fantastic and for the 10k itself we had over 2,200 enter, so it’s been a great day."